Home > Good governance > Public Procurement > A.Vojtěch, Secretary to Finance Minister: There is lack of economic incentives for hospitals to centralize procurement and make it more efficient

A.Vojtěch, Secretary to Finance Minister: There is lack of economic incentives for hospitals to centralize procurement and make it more efficient

There has been an ongiong debate on public procurement in health care in the Czech Republic (similarly in Slovakia) and how it can be made more efficient.

"In my opinion, there is lack of economic incentives for hospitals to centralize procurement and make it more efficient. It is simply much easier to ask the government for money, which apparently works quite well,  than to improve the cost-efficiency. Nothing and nobody really push hospitals to foster centralized procurement. Another reason might be the fact that managements of hospitals do not want to forego their power of negotiation with suppliers. Last but not least it also about conservative approach of managements or common doctors who simply do not want to change things," says Adam Vojtěch, Secretary to the Czech Minister of Finance.

Public procurement in health care: The Ministry of Healthcare monitored procurements between January 2014 and June 2015. The number of procurements: over 8,000, expected costs: 13.4bn Kc, real costs: 11.8bn Kc, savings: 12%. The greatest part of savings was recorded in the category of  under the threshold procurements (see the graph). Source. 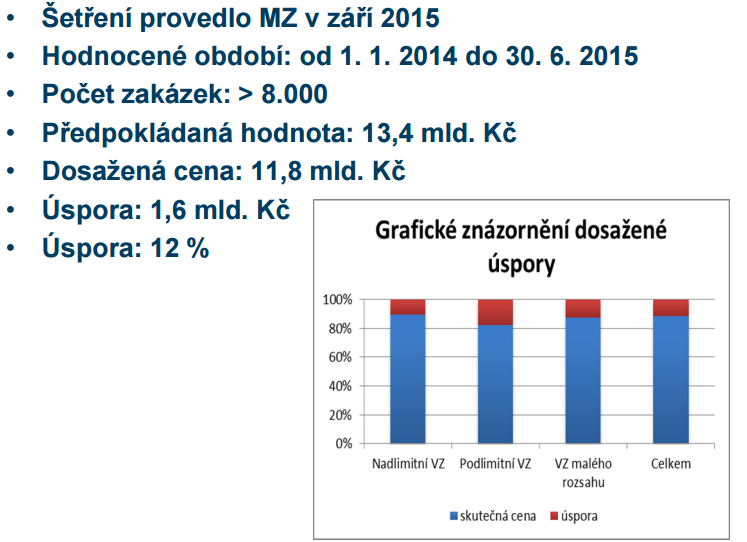 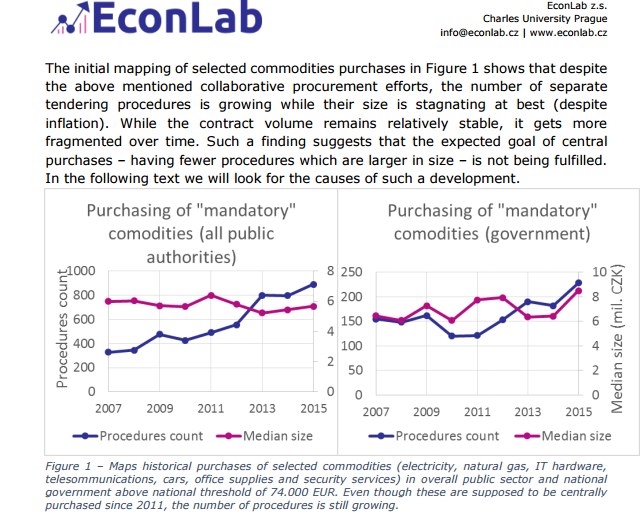 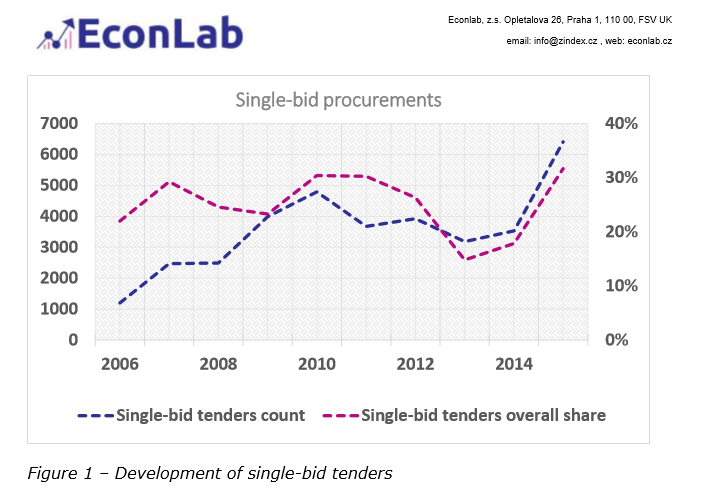