Head of the Union of Towns and Municipalities of the Czech Rep on smart cities: Solutions based on specific needs could be the key to success

František Lukl, head of the Union of Towns and Municipalities of the Czech Republic and mayor of the town of Kyjov, South Moravian region, gave an interview to the CzechInvest Region Report:

Lack of qualified/skilled workforce is an issue discussed nowadays. What can be done by smaller towns and villages about it?
It is a complex question. If we want to retain the young and educated people in smaller towns we have to offer them adequate conditions in terms of housing, leisure, high-quality education for their children and, last but not least, a variety of services. This is the reason why many mayors call for retaining the postal services, transportation network, and medical care.

There is a new trend of smart cities, cities using systems based on smart technologies, whose goal is to increase the quality of life of their inhabitants. What is the mayors' view?

I do not condemn these activities. The opposite is true. But we have to start from the needs of municipalities. This is why the Union of Towns and Municipalities has launched the Better cities initiative. We want to monitor the requirements and needs of municipalities. And this does not concern solely public lighting. There is a need to introduce modern technologies into the areas such as waste management, transport, energy, as well as interaction with citizens. Such a portfolio can be at the core of bids by businesses. The solutions based on specific needs could be the key to success.

Read full interview in Czech here. Also, the Union says, the government should systematically use e-government to improve the lives of citizens. It should also invest more in areas where market supply of certain services has disappeared.

As for small villages, Karel Havlíček of the Association of Small and Medium-Sized Businesses and Craftsmen of the Czech Republic adds that for rural/local entrepreneurship the bell tolls. Unless there will be local grocery, pub, craftsmen or farmers, normal life as well as tourism in the region will deteriorate and the villages will become outdoor museums. 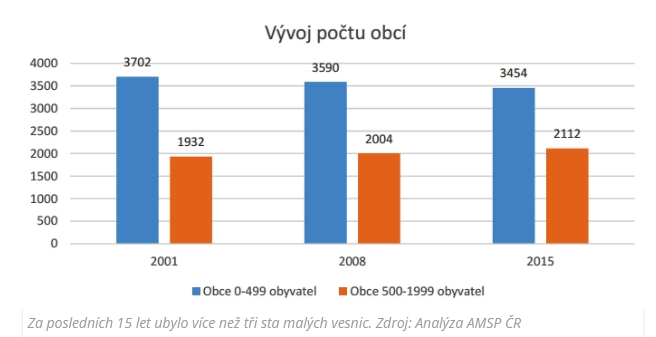 Measures adopted by the Czech Government against the coronavirus - January 10

Czech Statistical Office: 45% of employees felt the effects of the crisis in April, May

Measures adopted by the Czech Government against the coronavirus - January 10