Posted workers directive and what comes next

In 2015 there were 2.05 million posted workers in the EU and the number of posted workers has increased by 41.3% between 2010 and 2015. The percentage of posted workers in the workforce remains low (on average 0.9% of total employment, 0.4% in full-time equivalents).  The concentration of posted workers in some sectors is however high. 35.9% of total postings are concentrated in the construction sector. The concentration is especially high in Luxembourg, Belgium and Austria, from a receiving perspective, and in Luxembourg, Slovenia, Slovakia, Croatia, Portugal and Poland from a sending perspective. More than half of postings take place between neighbouring countries; the percentage of postings coming from neighbouring countries can be as high as 80% in some cases, a factsheet published by the European Commission shows. 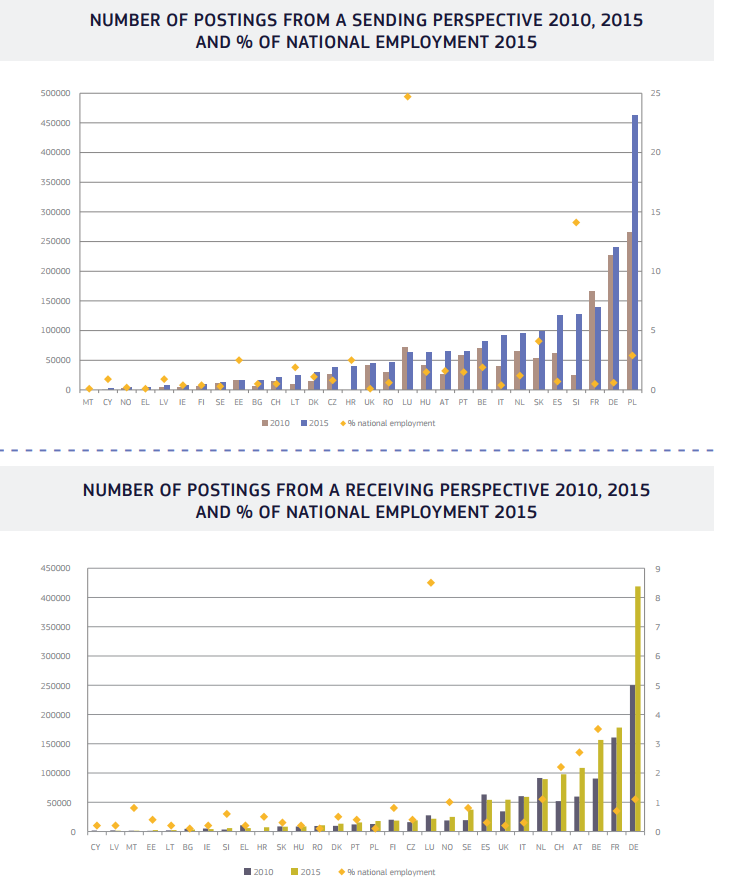 The new directive on posted workers provides for:

All rules on remuneration which apply to local workers will also have to apply to posted workers. Remuneration will not only include the minimum rates of pay, but also other elements such as bonuses or allowances.

The Platform against undeclared work will be used to fight fraud and abuses and to improve the exchange of information and administrative cooperation between member states.

The aim of the directive is to facilitate the provision of services across the EU whilst respecting fair competition as well as the rights of workers who are employed in one member state and sent by their employer to work temporarily in another (posted workers). The directive will ensure fair remuneration and a level playing field between posting and local companies in the host country, Council of the European Union states in a press release from 23 October. The negotiaition with the European Council will begin and the final version of the directive may look differently, EurActiv.cz writes in their summary article in Czech.