Statistical Yearbook of the Czech Republic - 2018

The total increment to the gross domestic product reached 4.3% in 2017 and economy was driven by increasing both domestic and foreign demand. Households benefited from strong growth in wages and increased their consumption costs as well as investments. Businesses used advantage of favourable development for investments into the production equipment innovation as well as an expansion of production capacities. In the first half of the year, especially, economic growth was supported also by growing positive balance of external trade.

The significant increase in demand brought great requirements for the production capabilities of Czech producers. Data of the Czech Statistical Office reveal the non-financial businesses responded by higher investments. Yet over a short term, producers solved the conditions especially by increased demand for labour force. In the course of the several-year period of boom, however, available domestic resources of qualified labour force had been depleted. Thus the year 2017 was specific also for a record-breaking low unemployment rate and an unprecedently high level of the participation rate of the population. The population migration statistics at the same time revealed that favourable economic development attracted many foreign working persons as well.

Table on domestic migration broken down by migration type gives, for the first time ever, shows data by migrant age in the continuous time series starting in 1980. Chapter on Education was enriched with five new tables. One of them, for instance, gives figures on academics at public universities who contribute to lecturing as professors, associate professors, assistant professors and other lecturers by sex and by employment status.

>> All details inside the 2018 Yearbook published by the Statistical Office of the Czech Republic. 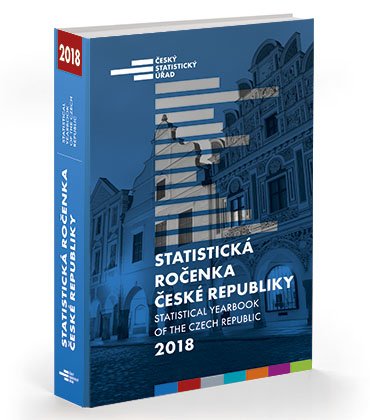