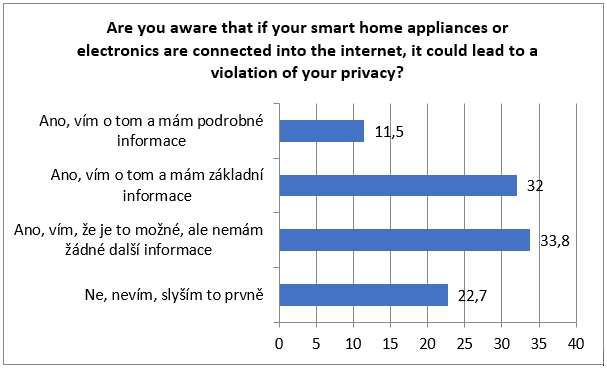 Karin Pomaizlová, a partner at Taylor Wessing Prague and a data protection expert, points out: "We literally live in the age of rocket technology, and few people realise that the right to privacy is unique, and the violation of it can never be fully healed. With new technologies, we also invite into our homes potential offenders from the area of cyber crime. It’s alarming that almost 57% of respondents do not pay close attention to their own protection. If we do not want to address the consequences of our technological irresponsibility, it would be good at least to make certain to change the factory-set passwords on our home appliances which communicate via wi-fi or Bluetooth, which are usually a combination of chronological numbers. Invasions of privacy can also have negative economic consequences, such as through the draining of money from current bank accounts, privacy breaches by spreading photos on social networks, or damage caused by the reprogramming of a home appliance." 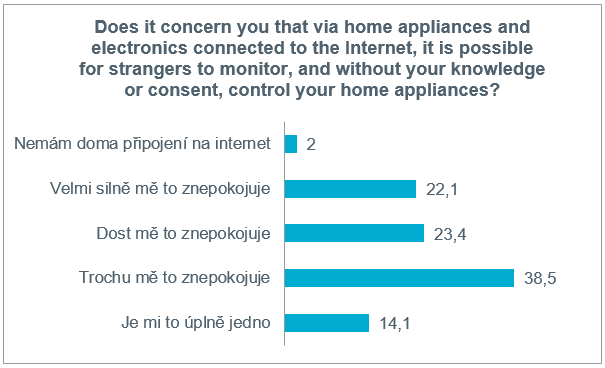 Despite the fact that 46% of respondents to the previous question said they were deeply concerned about the possibility of privacy violations, only 14% of the entire group of respondents have already themselves changed or had changed the default factory settings for their home appliances or electronics. Nearly 15% said they were aware of the potential hazards, but could not change the factory settings themselves or would definitely need a third party to do so. An alarming 61% of respondents are unconcerned or do not have such devices. Only 10% of the respondents are aware of the threat but do not plan to take any action.

Karin Pomaizlová recommends: "Just as today everyone locks the door to their homes, the same should be true for our technological devices. And as regards our protection, making at least a basic change of the passwords costs us nothing, and neither in the future should we underestimate its importance."