Times Higher Education (THE) World University Rankings 2019: 14 Czech Universities Made It to the Top List

A record number of 14 institutions is ranked among top universities globally this year, according to THE latest ranking. Charles University in Prague ranks 401st - 500th and continues to achieve the top position in Times Higher Education (THE) latest ranking among Czech universities. Masaryk University in Brno, the Czech second largest city, ranked 601st - 800th, followed by the Palacky University in Olomouc in Eastern Moravia.

A summary in Czech is available here. 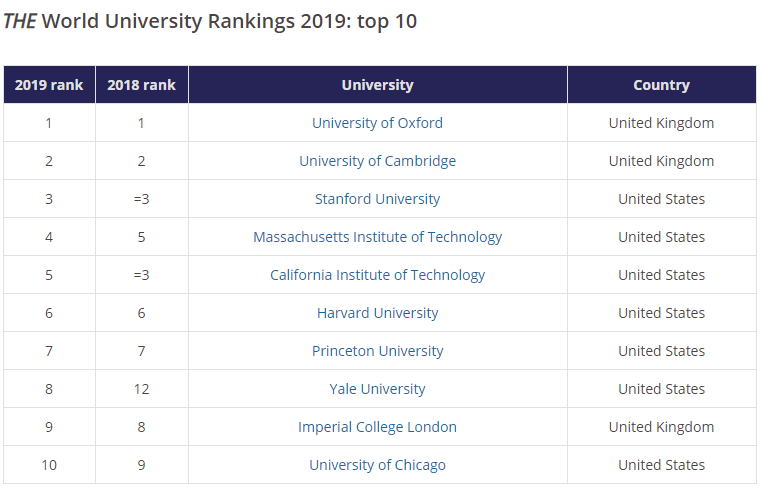 Tsinghua University has overtaken the National University of Singapore to become the best university in Asia in the THE World University Rankings 2019 after rising eight places to 22nd, representing the greatest rise in the top 30. NUS dropped from joint 22nd to 23rd.

Simon Marginson, professor of higher education at the University of Oxford and director of the Centre for Global Higher Education, said that he was “not surprised” by Tsinghua’s advance.

“It’s easily the number one university in the world for high citation research in mathematics and computing – a combined field in which China has now moved well ahead of the US and, further back, Europe. It is near the top of the world, and rising fast, in physical sciences and engineering,” he said.