AMSP: Czech entrepreneurs' spending on R&D and dependence on EU funds has grown

According to AMSP, The Association of Small and Medium-Sized Enterprises and Tradesmen of the Czech Republic, businesses are starting to become the main driver of Czech research and development (R&D). Last year's R&D spending by businesses reached 57% of the total national R&D spending, compared with 48% in the previous year. Major part of funding is channeled to engineering, digital economy, electrical engineering, pharmaceuticals, biotechnology and medical devices. 12% of small and medium-sized enterprises have already been cooperating with the research sphere (primarily universities), another 9% are preparing for research co-operation. The greatest threat for the future of Czech research has become its dependence on EU funds. Their decreased volume in the next EU programming period, and the fact that half of companies have funded their innovations from European subsidies, may, after 2020, substantially slow down the pace of Czech R&D, AMSP says. 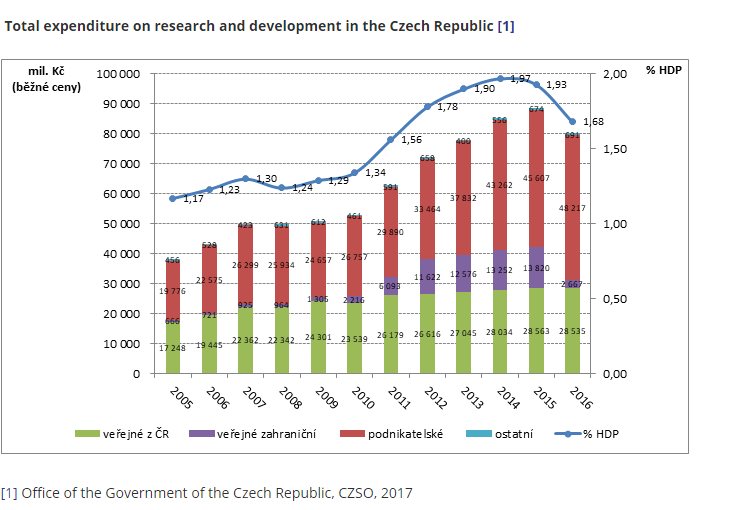 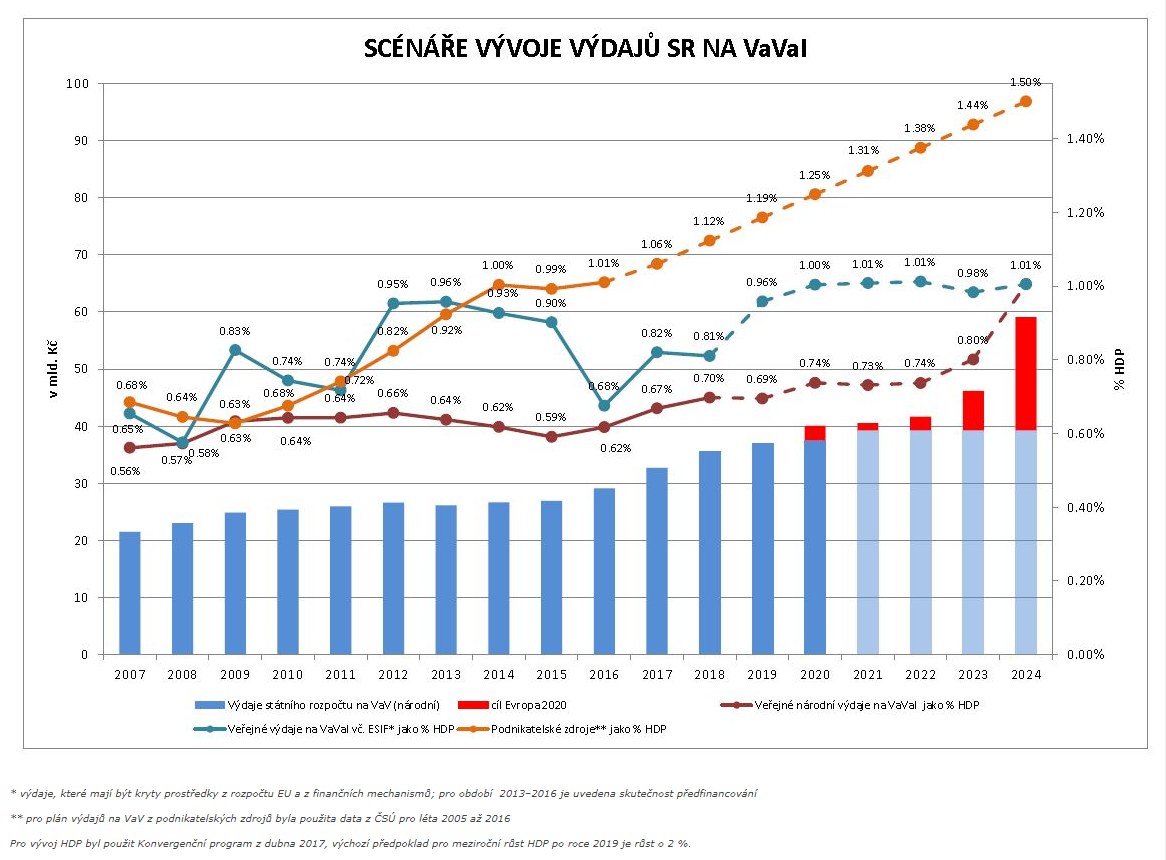 Source: The Office of the Government of the Czech Republic.

Karel Havlíček, chairman of the AMSP CR comments: 'We must not be satisfied with the fact that R&D spending is at a decent level today. To a large extent, this is due to European subsidies, on which both the business and the public sector have become dependent. Structural funds, which will be substantially reduced by 2020, are starting to become a ticking bomb for domestic research. Despite a clear increase in corporate spending on research, it is clear that this will not be enough and it is necessary to start preparing tools to support it in the coming years.'

Pavel Bělobrádek, Czech Deputy Prime Minister for Science, Research and Innovation, adds: "Expenditure on research and development approved by the government for 2018 rose by more than 33% compared to 2014, nominally by CZK 9 billion. At the same time, funding is much better targeted...After 2020, that is with the end of EU funds doping, the situation will deteriorate. It should be stressed that we are expecting this situation in the long term and, from 2014, we have been taking it into account within the preparation of state budget expenditure on R&D in the medium and long-term outook. Our management of R&D system has been supporting the positive trend of rising investment in R&D. In order to get closer to economically advanced countries, we want to increase the share of private sector R&D resources by 1.5 times by 2024.'

Ladislav Dvořák, Manager of the Competence Center for Knowledge of Markets and Trends, Česká spořitelna adds: 'In a situation when the role of entrepreneurs and small and medium-sized companies is growing in terms of R&D funding, it is very important for entrepreneurs to obtain funding from banks. It is positive that the first working schemes on financing of new product development and innovations have been emerging already. With the support of the European Investment Fund and its InnovFin program, banks are now able to finance riskier projects that implement major innovations, new productions or start-up ideas. This opens the door for businesses to, with help of banks, channel more and more private resources in R&D funding in the future.'

AMSP CR has carried out an analysis of the state of entrepreneurs' investments in R&D and presented the results of a survey among 500 small and medium-sized companies (mostly with 5-24 employees, mostly in the sectors of wholesale & retail, construction, catering & accomodation, transport & warehouses, and mostly with turnover 10-59.9 mil CZK).

International comparison of business expenditure on R&D (BERD) as a % of value added created by businesses. Highlighted In red: Czech Republis ranks below EU average. Globally, USA ranks above the EU. 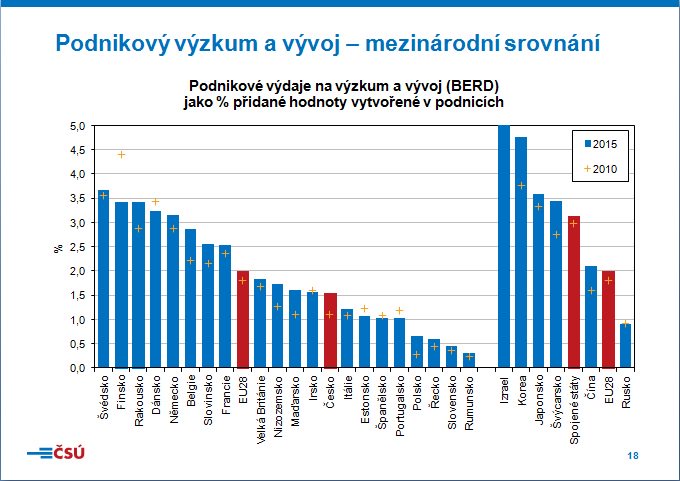