The Global Innovation Index (GII) 2019 ranks and breaks down the innovation performance of 129 countries and economies around the world. Czech Republic ranks 26th in the overall ranking (29th in the Innovation Input sub-index, 21st for Innovation Output).

Various economies at different levels of development have comparable output levels, although the efforts on the input side differ, the report says. The Czech Republic achieves the same level of outputs as Singapore, yet at much lower levels of input (Group 3 below). 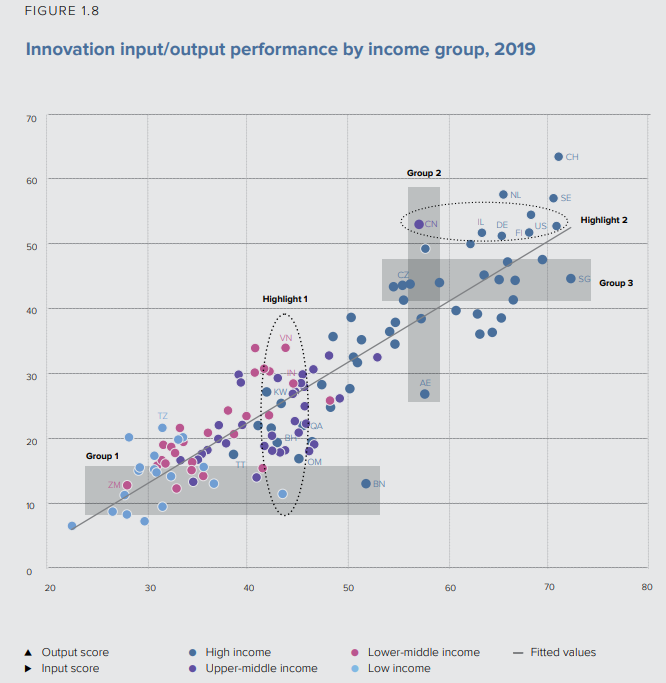 Also, the report adds, over the last years, the GII has also been used by governments around the world to improve their innovation performance and associated innovation policies to craft and coordinate. In 2018 and 2019, numerous GII workshops in different countries and economies—including Algeria, Brazil, Belgium at the European Commission, China, the Czech Republic, Egypt, Germany, Hong Kong (China), India, Morocco, Oman, Peru, Thailand, Viet Nam, among other —took place or will take place, often with the presence of key ministers.

The report is released jointly by WIPO, Cornell University, INSEAD and the 2019 GII Knowledge Partners, the Confederation of Indian Industry, Dassault Systèmes - the 3DEXPERIENCE Company - and the National Confederation of Industry (CNI) – Brazil and Brazilian Micro and Small Business Support Service (Sebrae).