Home > Competitiveness > Technology, R&D and Innovation > Total Expenditure on R&D in Czech Republic in 2019 Increased to 1.94% of GDP

Total expenditure on research and development in the Czech Republic in 2019 reached 1.94% of GDP, nominally CZK 111.6 bn, which is an increase by almost CZK 9 bn year-on-year. 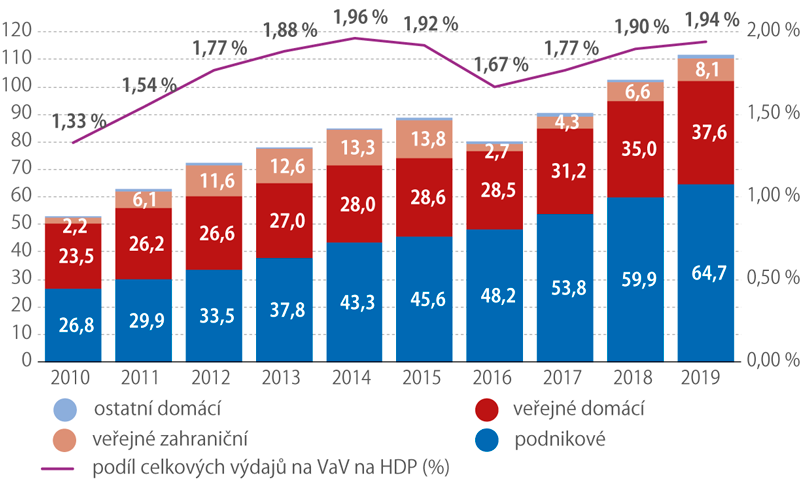 The manufacturing industry accounts for more than half of R&D expenditure in enterprises, especially the automotive industry. The importance of the automotive industry is underlined by the fact that among companies with significant R&D expenditure operating in various sectors (eg electrical engineering - NACE 27, research and development - NACE 72 and others), are many entities carrying out research directly related to the needs of the automotive industry. R&D companies in the information and communication technology sectors also play an important role. The most important ICT companies performing R&D are located mainly in Prague and Brno. These are mostly foreign-controlled businesses, often with owner based in the United States of America. 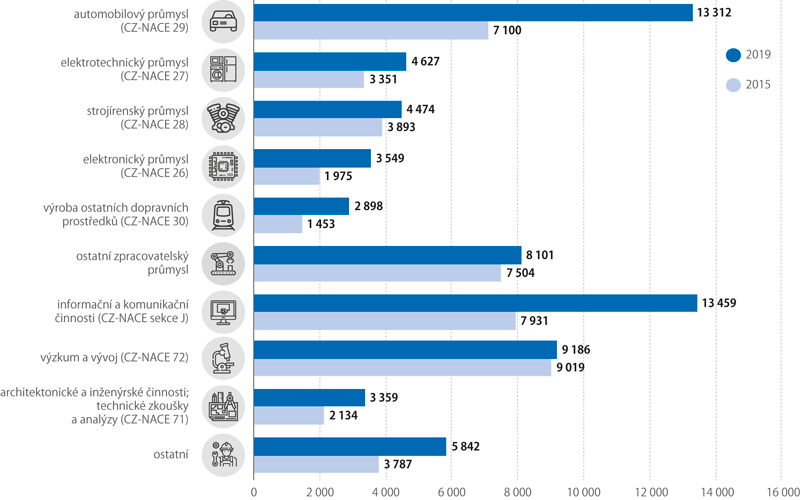 See also the most recent data on the structure of the Czech economy.