Prague ranks 4th among the Eastern European cities of the future 2018/2019, following Moscow, Warsaw and Bucharest. The city ranks 5th among major European cities for human capital and lifestyle, 6th for business friendliness, and 10th for cost effectiveness. 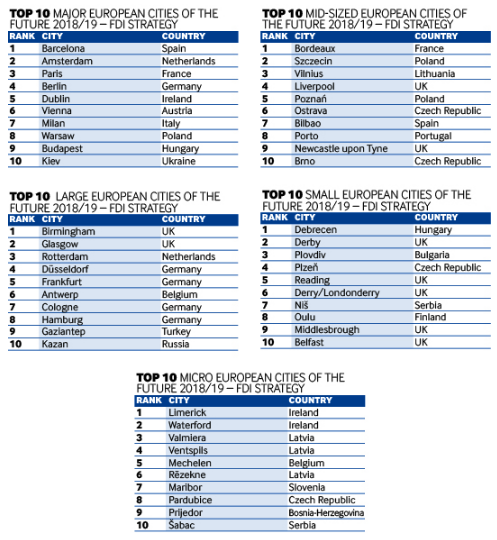 With a cautious note, fDi Strategy brings you this year’s European Cities and Regions of the Future ranking for 2018/19. Politics and personalities could change dramatically before March 2019; however, London will remain a very important city to watch and, we believe,a City of the Future. That said, its FDI competitors that remain in the EU are closing ranks on it, and will have many strong hands to play as uncertainties test London’s durability as Europe’s premier investment destination.