The IEA Global Electric Vehicle (EV) Outlook 2018 provides a comprehensive look at the state of EVs, charging infrastructure and policies around the globe today as well as a series of scenario outlooks to 2030. 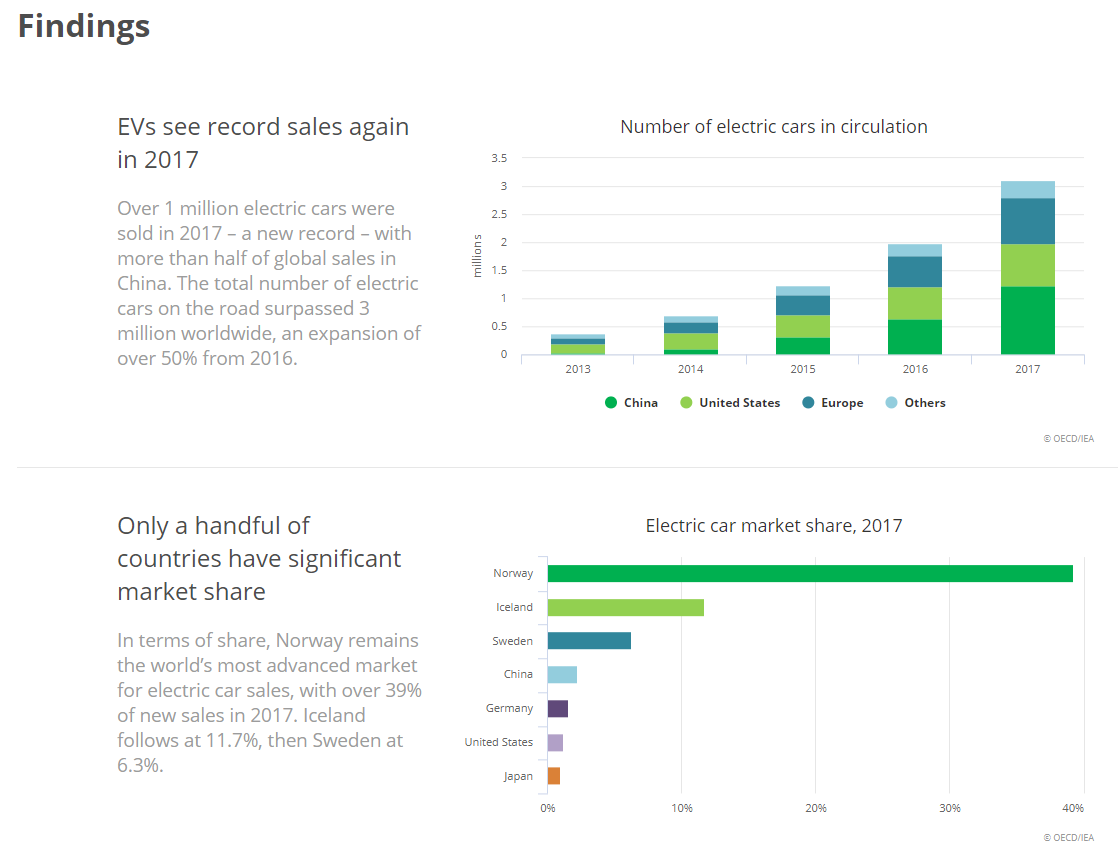 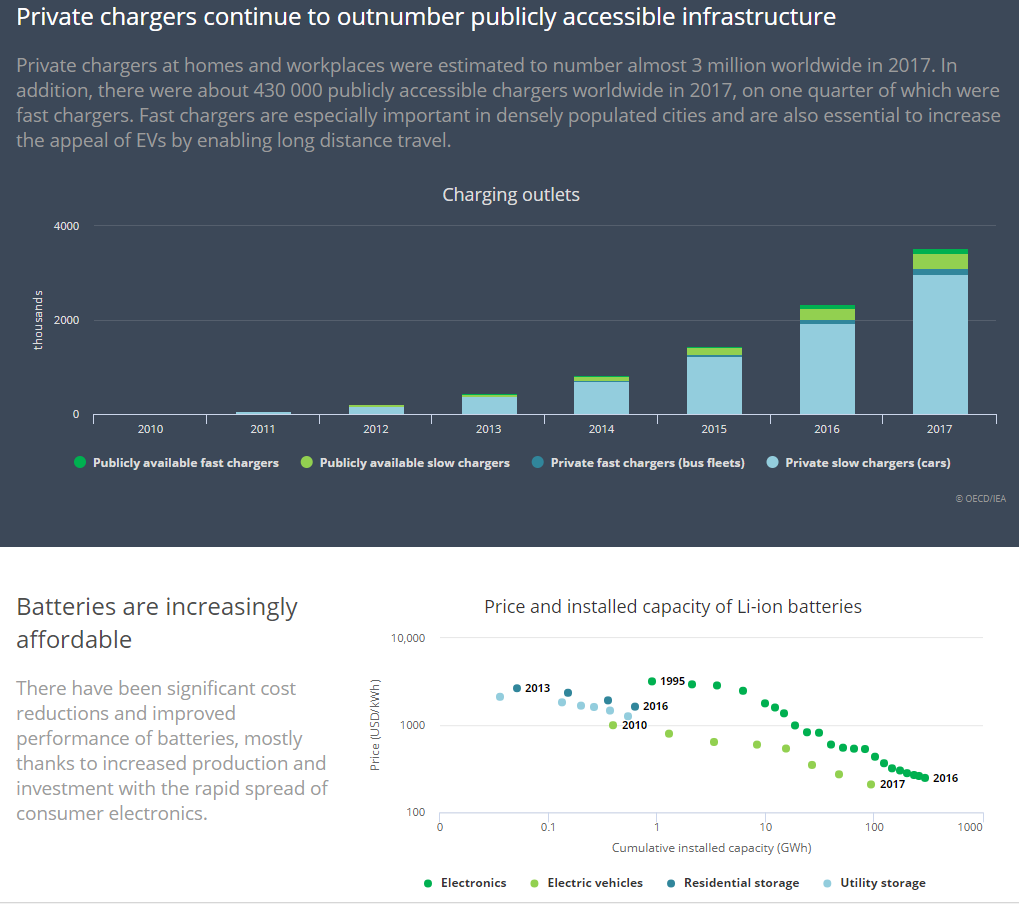 The number of electric and plug-in hybrid cars on the world’s roads exceeded 3 million in 2017, a 54% increase compared with 2016, according to the latest edition of the International Energy Agency’s Global Electric Vehicles Outlook.

Nordic countries remain leaders in market share. Electric cars accounted for 39% of new car sales in Norway, making it the world leader in electric vehicle (EV) market share. In Iceland, new EV sales were 12% of the total while the share reached 6% in Sweden. Germany and Japan also saw strong growth, with sales more than doubling in both countries from their 2016 levels.

Electric mobility is not limited to cars. In 2017, the stock of electric buses rose to 370,000 from 345,000 in 2016, and electric two-wheelers reached 250 million. The electrification of these modes of transport has been driven almost entirely by China, which accounts for more than 99% of both electric bus and two-wheeler stock, though registrations in Europe and India are also growing.

Charging infrastructure is also keeping pace. In 2017, the number of private chargers at homes and workplaces was estimated at almost 3 million worldwide. In addition, there were about 430,000 publicly accessible chargers worldwide in 2017, a quarter of which were fast chargers. Fast chargers are especially important in densely populated cities and serve an essential role in boosting the appeal of EVs by enabling long-distance travel.

The growth of EVs has largely been driven by government policy, including public procurement programmes, financial incentives reducing the cost of purchase of EVs, tightened fuel-economy standards and regulations on the emission of local pollutants, low- and zero-emission vehicle mandates and a variety of local measures, such as restrictions on the circulation of vehicles based on their pollutant emission performances.

The rapid uptake of EVs has also been helped by progress made in recent years to improve the performance and reduce the costs of lithium-ion batteries. However, further battery cost reductions and performance improvements are essential to improve the appeal of EVs. These are achievable with a combination of improved chemistries, increased production scale and battery sizes, according to the report. Further improvements are possible with the transition to technologies beyond lithium-ion.

Innovations in battery chemistry will also be needed to maintain growth as there are supply issues with core elements that make up lithium-ion batteries, such as nickel, lithium and cobalt. The supply of cobalt is particularly subject to risks as almost 60% of the global production of cobalt is currently concentrated in the Democratic Republic of Congo.

Additionally, the capacity to refine and process raw cobalt is highly concentrated, with China controlling 90% of refining capacity. Even accounting for ongoing developments in battery chemistry, cobalt demand for EVs is expected to be between 10 and 25 times higher than current levels by 2030.