Prague Convention Bureau: Rector of the Charles University in Prague Won a Prestigious Award for His Long-Term Contribution to Congress Tourism

The ninth Ambassador Awards Evening took place in Prague to honour the contributions to the meetings industry. Prague Convention Bureau organises the ceremonial event since 2010 as a part of its Ambassador Programme. The ceremony of handing the awards over to the congress ambassadors whose efforts contributed to the development of the capital city’s meetings industry in the greatest extent.

The aim of the event is to award renowned Czech scientists, top experts, professors, and doctors who represent the Czech Republic in international professional associations, actively lobby in favour of Prague and then participate in the preparatory work of scientific, program or organizing committees of international congresses held in Prague. 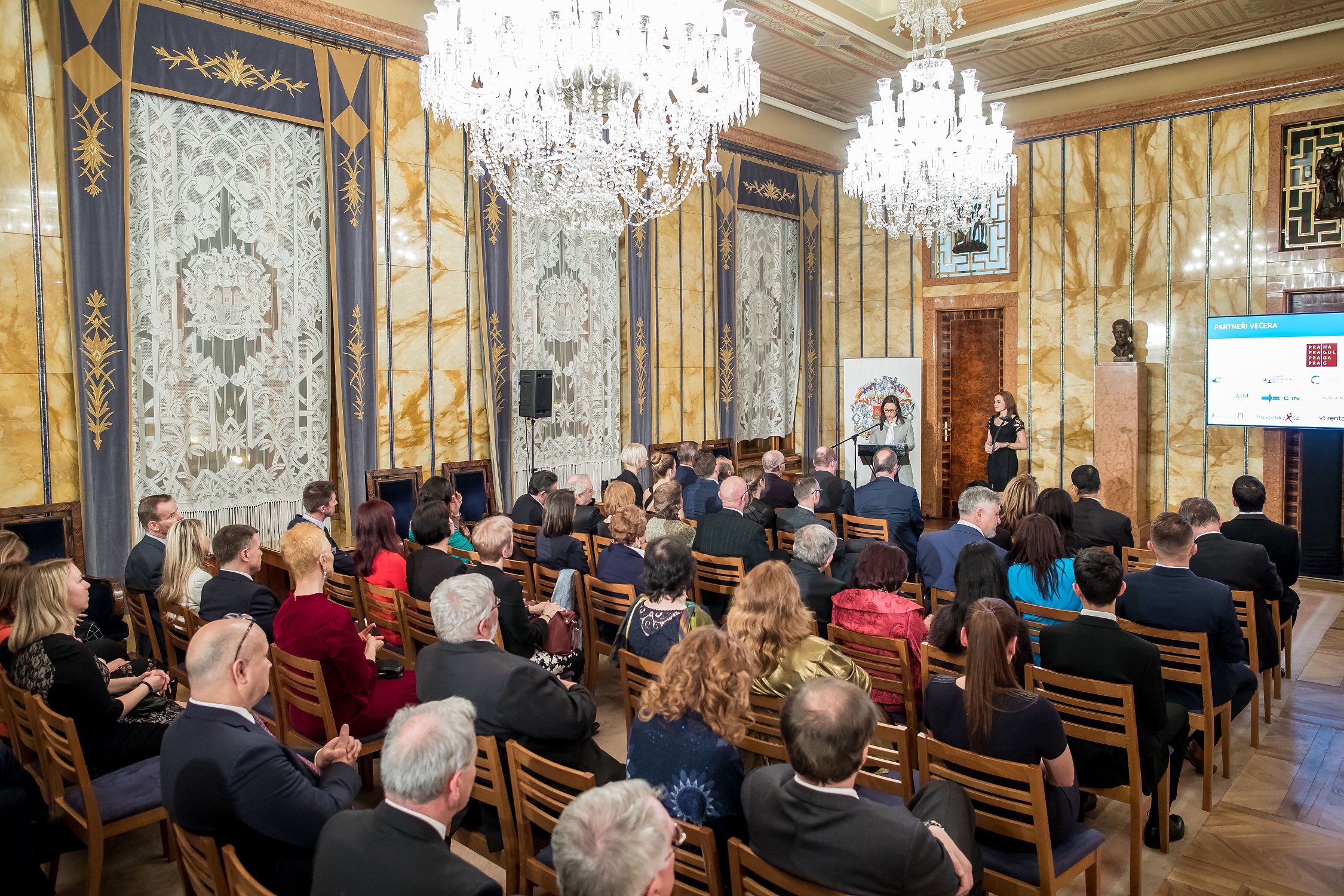 Following ambassadors and events were awarded for 2017 in six categories:

Congress of The Year 2017:
-       doc. MUDr. Michal Vrablík, Ph.D. for the 85th Congress of the European Atherosclerosis Society (EAS).
Doc. Vrablík brought the event with a long history to the Central and Eastern Europe for the first time ever. Furthermore, the Prague edition registered a record-breaking attendance of 2,500 delegates.

Congress of the Year 2017 - Less than 500 Attendants:
-       prof. Dr. Ing. Karel Bouzek for the 7th World Hydrogen Technology Convention together with Czech Hydrogen Days (WHTC 2017).
Professor Bouzek is a reputable Czech scientist active in the hydrogen technology development and, as a Prague ambassador, he has been committed to attracting renowned scientific events to the Czech metropolis on a long-term basis.

Long-Term Contribution to Congress Tourism:
-       prof. MUDr. Tomáš Zima, DrSc., MBA Rector of the Charles University in Prague.
Professor Zima is one of the most active congress ambassadors. He has been working for many Czech and international scientific organisations and associations. He initiated numerous congresses and conferences, all of them successfully taking place in Prague, and he currently works on preparations of the biochemistry experts congress due to be held in Prague this year.

The successful realization of the Congress of ICCA association, which brings together professionals from the congress industry significantly helped to mark Prague on the map of the international meetings tourism, helped the Prague Congress Center reconstruction, and to gaining of concrete business opportunities. Furthermore, the 56th Congress in 2017 registered a record-breaking attendance of 1,264 delegates.

„It is a great honour for us to award the outstanding personalities of the congress industry and the events that took place in Prague last year or are destined to the Czech capital. Congress preparations and decision-making are a very lengthy process that can take more than five years. We appreciate all our ambassadors, who often entirely selflessly engage in the preparation of such an event, helping us spread the positive awareness of Prague as an ideal congress destination, increasing the scientific credit of the Czech capital and, last but not least, supporting the economic growth of Prague. Prague meetings industry generates annual revenue of between 4.4 and 5.2 billion crowns in multiplication for public budgets," says Lucie Čapková, who coordinates the Prague Convention Bureau Ambassador Programme.

The winners of each category were chosen by an independent committee composed of important personalities of tourism, academic and state spheres. The members of the 2018 decision-making committee were: doc. Ing. Monika Palatková, Ph.D., Director of the CzechTourism Tourism Agency; Ing. Marta Nováková, President of the Union of Trade and Tourism; prof. RNDr. Eva Zažímalová, CSc., Chairwoman of the Academy of Sciences of the Czech Republic and Jan Wolf, Councillor of the City of Prague for Culture, Heritage, Exhibitions Management and Tourism.

The committee was also joined by prof. MUDr. Tomáš Zima, DrSc., MBA Rector of Charles University in Prague, for voting in the following categories: Congresses, Candidacy of the Year and Corporate Event of the Year, and by prof. RNDr. Václav Pačes, DrSc., scientist, pedagogue, and biochemist, for voting in the category of Long-Term Contribution to the Congress Tourism.

The Ambassador Awards Evening was held with the support of Prague City Hall, the Ministry of Regional Development and Czech Convention Bureau. The event was moderated by Veronika Paroulková.

#Prague again awarded the #MICE personalities for their contribution to the meeting industry of the Czech capital! See the list of awarded Congress Ambassadors and #events here: https://t.co/ETkTsK2iHj #PCB_AAE18 #PragueInSpires pic.twitter.com/443wYpVwRt