Commission presents White Paper on the future of Europe: Avenues for unity for the EU at 27 | Infografika česky

The White Paper sets out five scenarios, each offering a glimpse into the potential state of the Union by 2025 depending on the choices Europe will make. The scenarios cover a range of possibilities and are illustrative in nature. They are neither mutually exclusive, nor exhaustive. 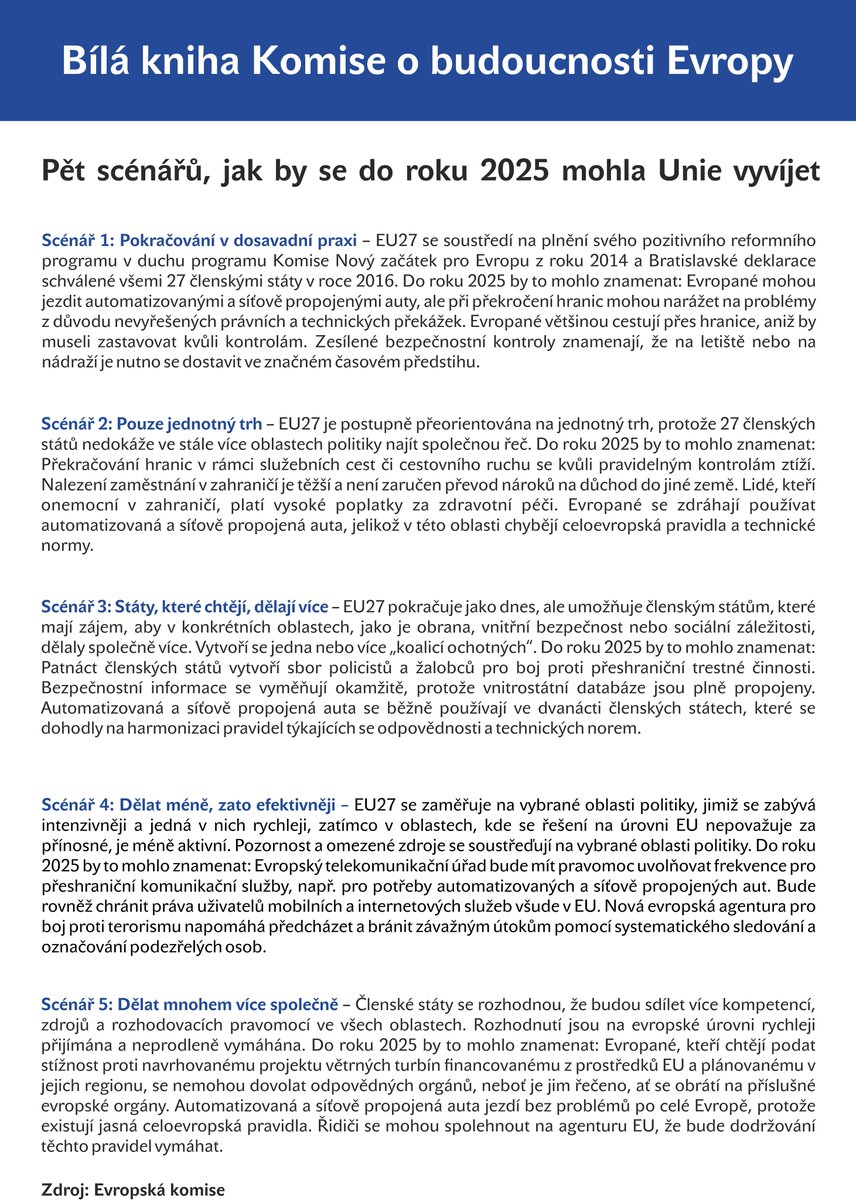 Measures adopted by the Czech Government against the coronavirus - November 23