World Bank Group and OECD published Policy Options in Trade and Complementary Areas for GVC Integration by Small and Medium Enterprises and Low-Income Developing Countries, a study including examples from the Czech Republic. The study uses data until 2012.

SMEs tend to channel their value added for exports through large firms rather than through other SMEs. Integration of SMEs through larger enterprises within global value chains (GVCs) varies across countries, but it is significant in all cases, thereby representing over half of total exports of value added by SMEs in the Czech Republic, France, Germany, Italy, Mexico, and Poland; the case of Mexico largely reflects the relatively low direct exports of SMEs.

In the chapter on internal determinants of SME participation and upgrading in global value chains, the study notes that strengthening the domestic absorptive capacity, including through a welltargeted supplier program, is also likely to help. The Czech Supplier Development Program was designed by the World Bank Foreign Investment Advisory Services in 1999. The first round of the Czech program was implemented by CzechInvest using pre-accession European Union Phare funding of US$4 million in 2000–02. The program aimed to connect Czech suppliers to GVCs and increase local content in the electronics sector in the first phase. Later phases focused on the automotive and aerospace sectors. The first phase of the program involved 32 multinational companies and 48 SMEs that received training and intensive consultancy services. An independent evaluation undertaken 18 months after the end of the pilot showed that 15 companies had gained new business that they attributed to the program, with those contracts worth US$18 million annually in 2003. Four companies had also found new companies abroad, and three companies had obtained contracts with higher value-added content. The World Bank teams have used their experience advising the Government of Costa Rica, developing a loan project in Kazakhstan, and providing technical assistance to FYR Macedonia, the study says.

Facts on SMEs in global value chains - from the study: 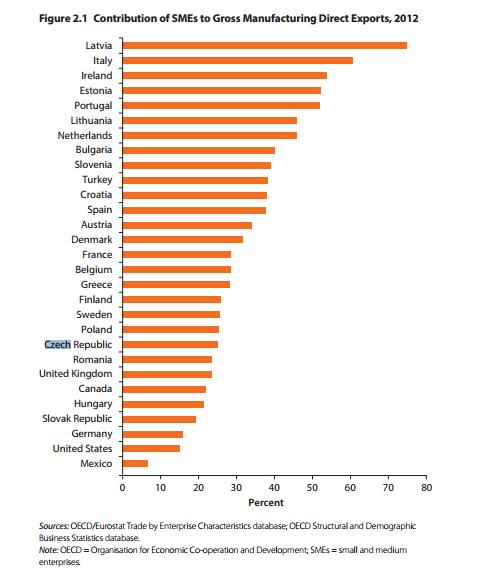 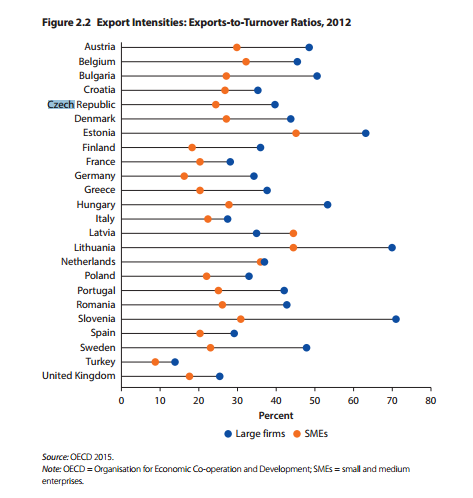 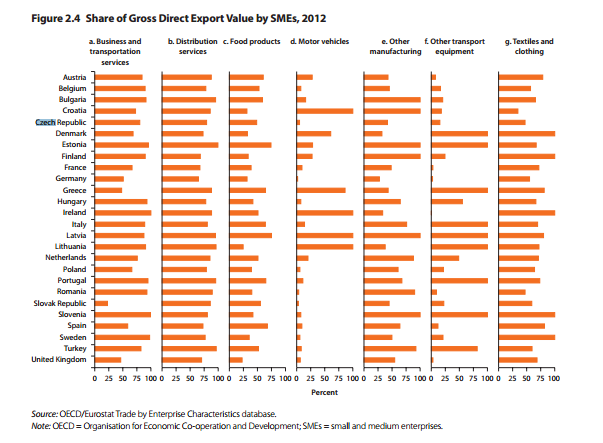 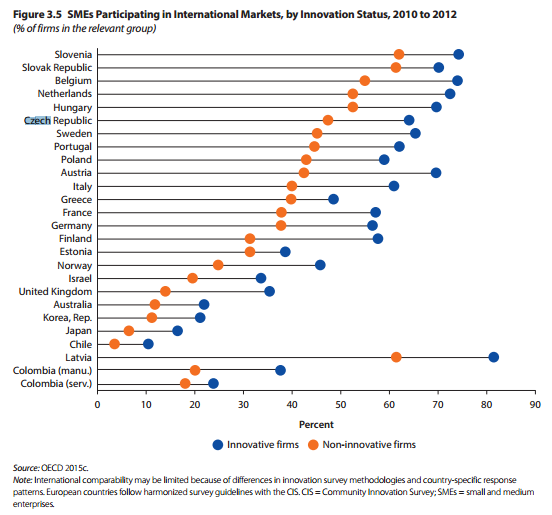 The war in Ukraine has dented consumer trust in a better future. In the Czech Republic, even e-shops are suffering