EC DESI: Czech Republic progresses in Digital Public Services and remains stable in Human Capital, but worsens its ranking in other dimensions

Denmark, Finland, Sweden and the Netherlands have the most advanced digital economies in the EU followed by Luxembourg, Belgium, the UK and Ireland. Romania, Bulgaria, Greece and Italy have the lowest scores on the DESI, Digital Economy and Society Index produced by the European Commision.

In 2016, all Member States improved on the DESI. Slovakia and Slovenia progressed the most (more than 0.04 as opposed to an EU average of 0.028). On the other hand, there was low increase in Portugal, Latvia and Germany (below 0.02).

The Czech Republic ranks 18th in DESI 2017. Compared to last year the country progressed in Digital Public Services and remained stable in Human Capital, but worsened its ranking in other dimensions. The country performs best in Integration of Digital Technologies by Businesses, mostly because many SMEs embraced eCommerce. The country’s greatest challenge in digital is to improve the use of internet services, in particular for eGovernment and for entertainment and social purposes. Read the country profile in English attached below. 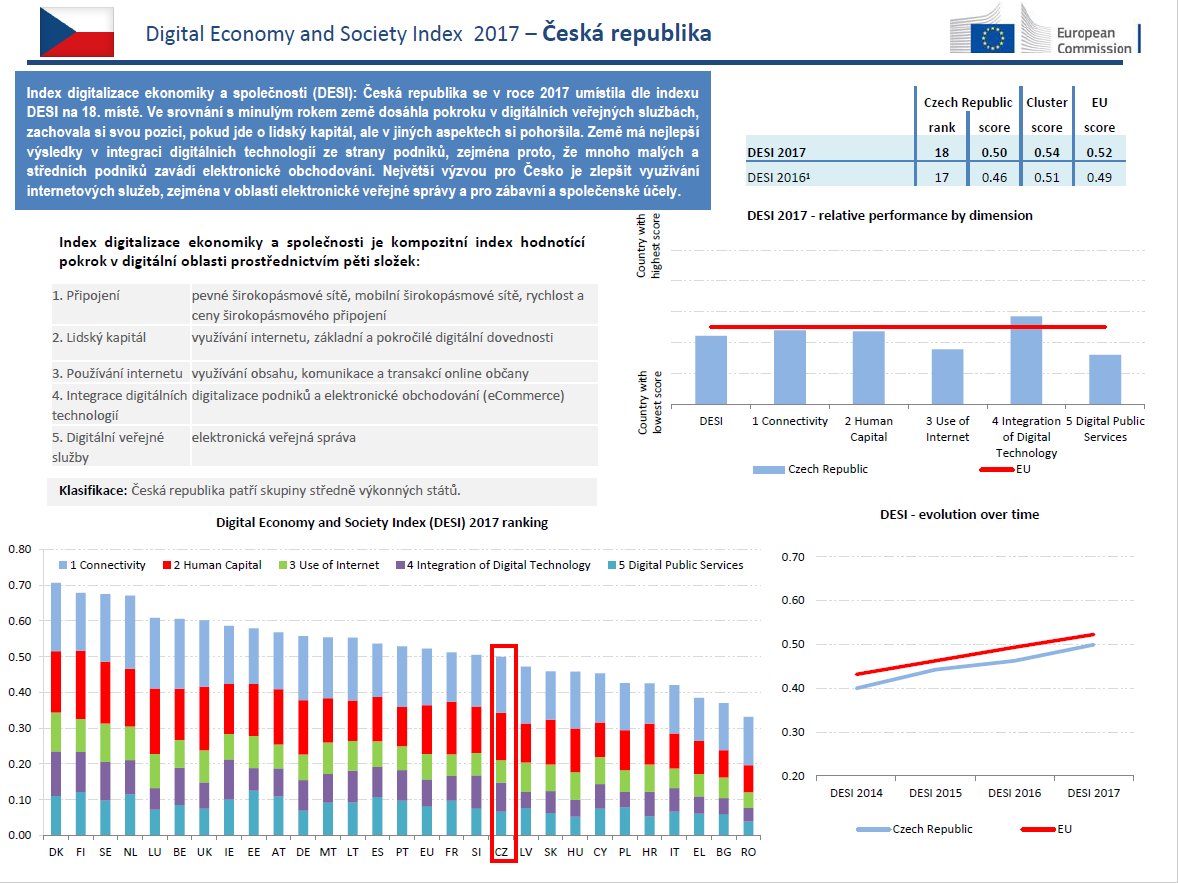 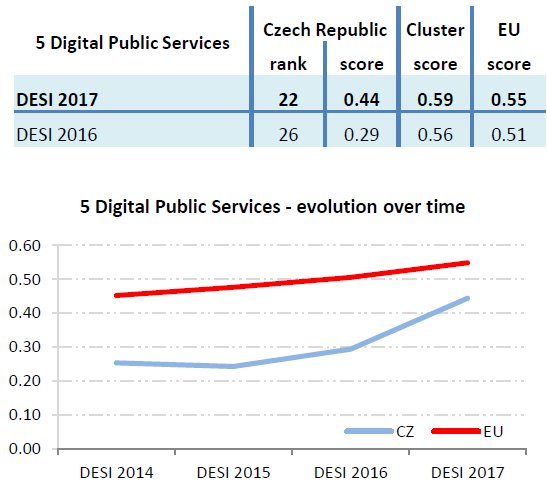 AmCham Digital Council with Marten Kaevats: "Digital society is about building trust and an open-minded community."