This base is then multiplied by the volume of business of women-owned companies, which is measured by the number of employees, revenues and earned net profits. 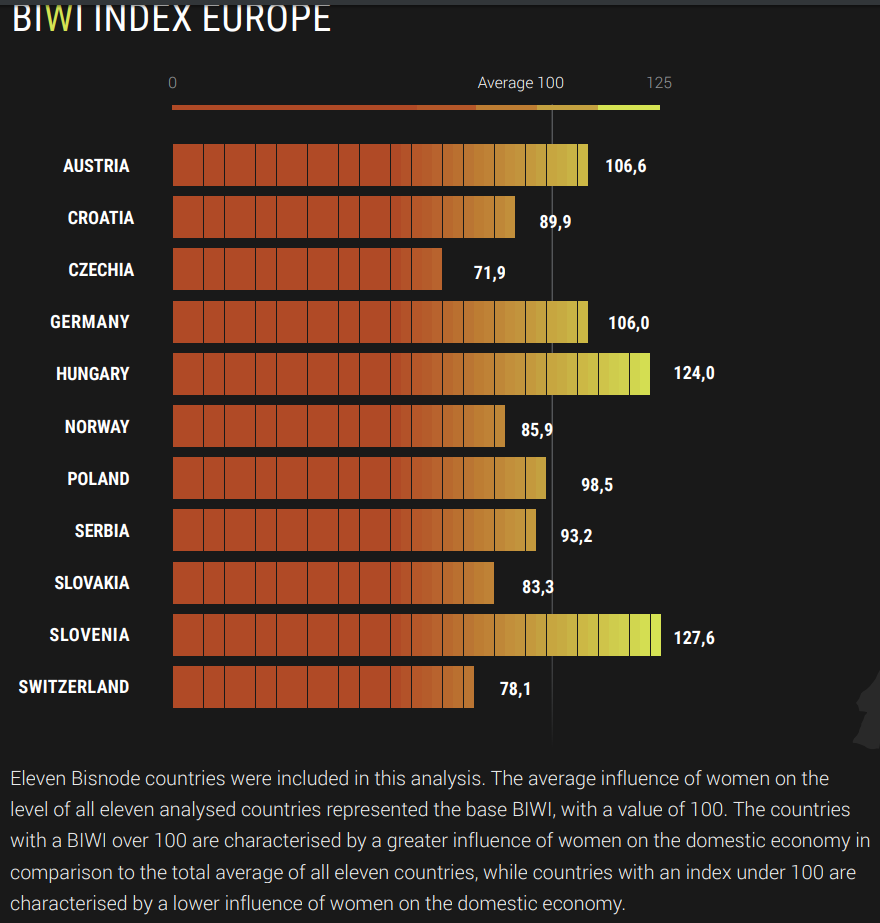