Czech Statistical Office: Features of the Regional Labor Markets in the Czech Republic

In international comparison, according to the national accounts data for employment measured in persons, the Czech Republic has a high share of the secondary sector in the overall employment rate, which has slightly decreased to 37% over the years. Since the transformation of the economy in the 1990s, the tertiary sector has grown and thus has influenced positively the overall development of employment.

The decline of employment in the primary sector stopped at less than 3%. Individual sectors of the economy have considerable differences in the level of labor productivity and thus the sectoral structure of regions plays an important role in their economic performance.

The situation in the labor markets stems, to a large extent, from the sectoral structure, and that’s why it is not surprising that in most cases four economic sections (as defined by CZ-NACE classification) secure around two thirds of the economic performance given by GDP of each region. In the Czech Republic, it is particularly the manufacturing industry because after the transformation of the Czech Republic the share of raw material extraction in the formation of the gross value added fell to less than 2%, even though in regions Ústecký and Moravskoslezský it still accounts for about 5%.

However, one should not overestimate the significant role of the manufacturing industry as the whole section because it is becoming apparent that also individual subsections have an important effect on the economic performance of a region. For example, the relatively average performance of region Liberecký with the share of the manufacturing industry in the employment rate for a long time oscillating around 43% is evidence to that. Thus, when researching regional differentiation, it is necessary to go deeper towards economic-geographical indexes describing distribution of activities, a study by the Czech Statistical Office says.

The highest values of labor productivity (both by gross value added and gross domestic product) are achieved particularly in the sections of commercial services, insurance industry, finance, the progressive tertiary sector in general and in the quaternary / knowledge sector.

The inspection of the data shows that the less favorable regions in the Czech Republic are Ústecký region, Královéhradecký region and Moravskoslezský region, in the first place, followed by Olomoucký region and possibly Vysočina.

"It was in the first three where even during the economic expansion the probability of finding a job increased relatively less than in the other regions and on the other hand dropped the most in the aftermaths of the great recession. The latter
holds for Olomoucký region and Vysočina as well. Also we found relatively lower labor market tightness due to low vacancy rate in Ústecký region, Vysočina and Královéhradecký region. Lower labor market tightness due to relatively high unemployment rate was found in Olomoucký, Jihomoravský and Ústecký region. To draw a few connections with the socio-economic situation in the regions we presented in the paper, we saw that lower levels of education dominate in these regions: the share of secondary education without A levels together with elementary or no education dominates in Karlovarský region, Ústecký region, and Vysočina. The share of assistants and unqualified workers in the employment reaches over 6% in Plzeňský region, Karlovarský region, Královéhradecký region, Pardubický region and Moravskoslezský
region, in Ústecký region it is close to 6%. Although the Czech Statistical Office, CZSO (2016), points to an increasing level of the percentage of those with higher education across the whole economy, the situation remains quite diverse among the respective regions, " the study says. 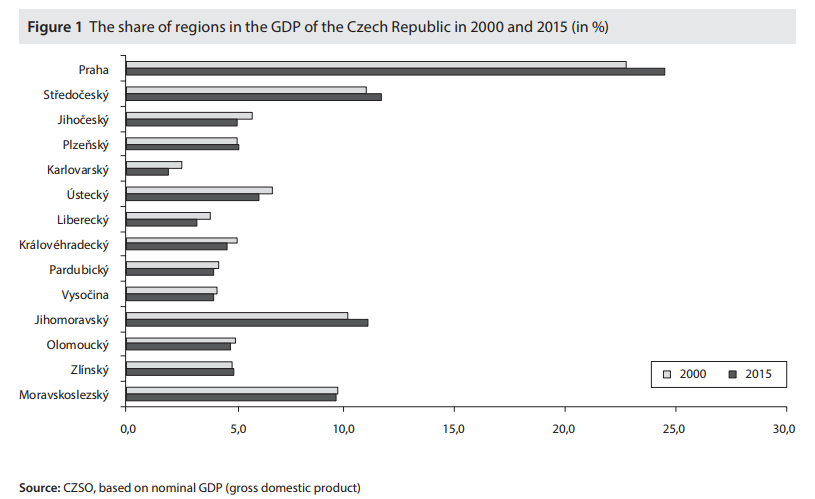 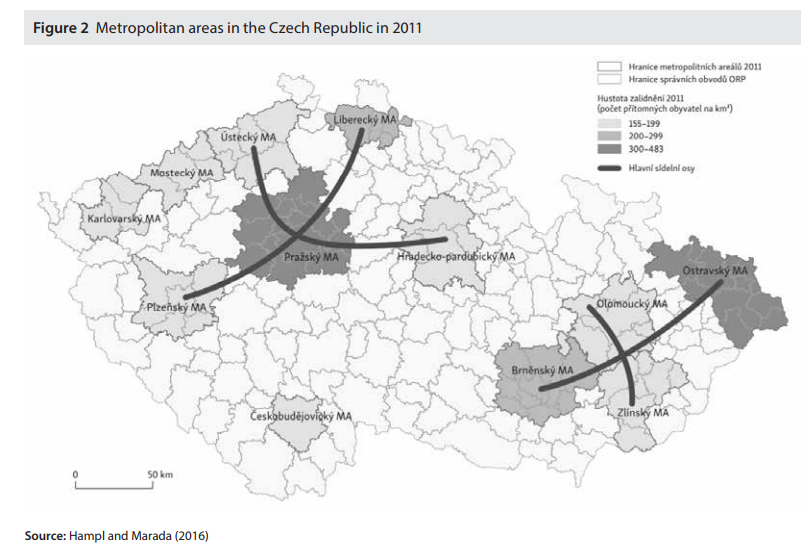 CTP is building the most modern office building in Central Europe on a former brownfield in Brno, where the post office will be delivered by drones