Home > Competitiveness > Employment and Social Affairs > ETUI: Job quality in Czechia increased: 'It remains to be seen whether this improvement is sustained in the following years and to what extent it can be linked to technological advances that promise greater autonomy and control for workers.'

ETUI: Job quality in Czechia increased: 'It remains to be seen whether this improvement is sustained in the following years and to what extent it can be linked to technological advances that promise greater autonomy and control for workers.' 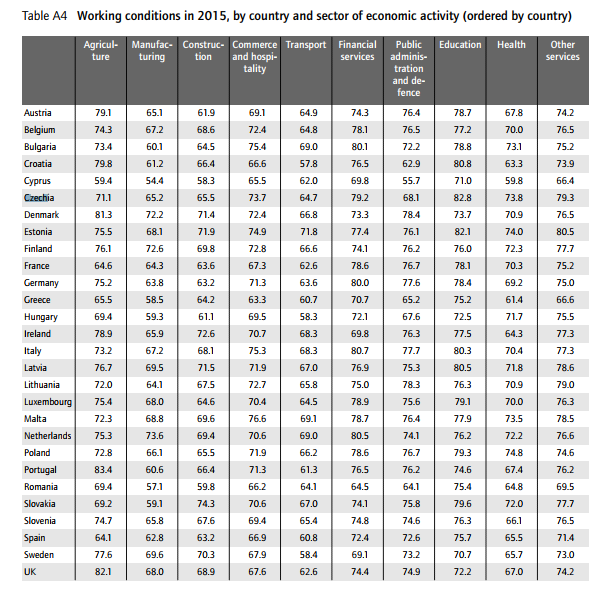 Overall, non-wage job quality has deteriorated in the most recent decade in the EU. The impact of recession emerges from the picture, with the dominant pattern of change in non-wage job quality found across EU28 countries being a decline in 2010 followed by an increase in 2015. However, compared with a decade ago, the average levels were lower in 2015, both at EU28 and EU15 level. Nevertheless, most of the changes at country level are relatively minor, with considerable stability in average scores over the ten-year period. On a 0-100 scale, an increase of at least one point is noted in ten countries: Poland, Lithuania, Hungary, Latvia, Bulgaria, Estonia, Czech Republic, Malta, Finland and Denmark. Declines in non-wage job quality occurred in fewer countries, but they are much more pronounced, most notably in Greece, Romania, Cyprus, the UK, Ireland and Slovenia, the ETUI report says. 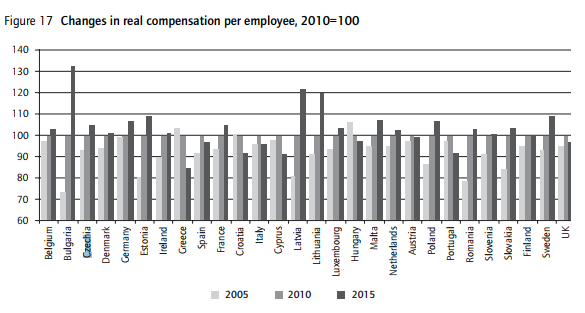 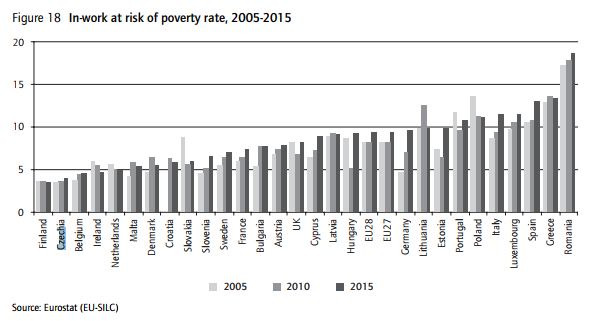 The quality of working conditions displays not only huge dispersion across EU countries, but also considerable variation over time. At EU28 level, there has been a steady improvement in the analysed period. At country level, two patterns of change are most common. In eleven countries, the quality of working conditions improved in the first period of the crisis (2005- 2010) and then declined between 2010 and 2015. This pattern can be found, among others, in Spain, Romania, Portugal, Poland, Lithuania and Latvia.

To a large extent, such changes can be linked to structural shifts in the economy following the post-2008 jobs crisis (see e.g. Bothfeld and Leschke, 2012), with sectors such as construction or manufacturing, characterised by a high degree of physical risk factors, being hit particularly hard. Decline here contributed to an increase in the average level of job quality, while recovery and the renewed growth of these sectors contributed to a drop in the average level of quality of working conditions. The second dominant pattern of change is an improvement both in the period 2005-2010 and 2010-2015. This can be observed in ten countries, including Germany, Slovenia, Slovakia, Czech Republic and Finland. It remains to be seen whether this improvement is sustained in the following years and to what extent it can be linked to technological advances that promise greater autonomy and control for workers and a shift of the most strenuous physical work to being done by machines. 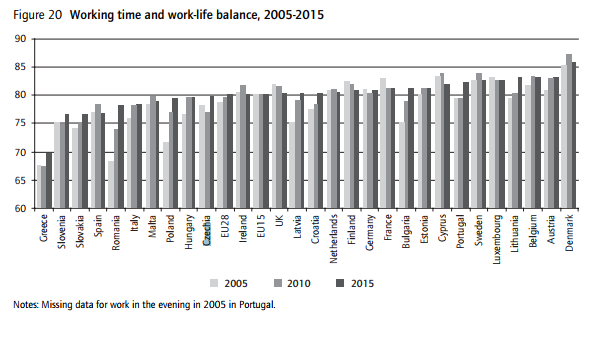 Across the whole EU, women continue to work according to different schedules than men, a fact predominantly related to the unequal division of household and care work. This is manifest in a considerable gender gap in working time quality that favours women; this is found to be wider in countries with overall lower levels of working time quality, such as Ireland, Malta or Czech Republic, the ETUI report says. 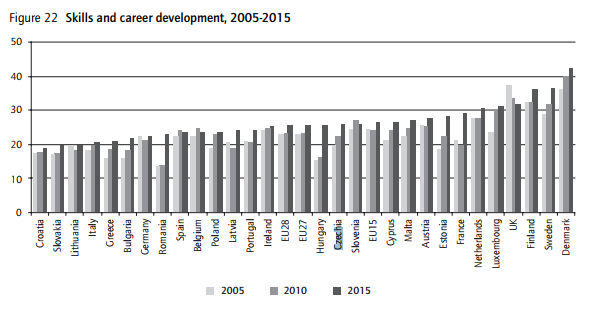