Eurostat: Average length of working life of Czechs is just above 35 years

The 'duration of working life' indicator measures the number of years a person, aged 15, can expect to be active in the labour market, either employed or unemployed, throughout his/her life.

The Czech Republic had the expected average working life at the EU average of 35.6 years. More details in the Source article. Look also at the population turnover figures by Eurostat. 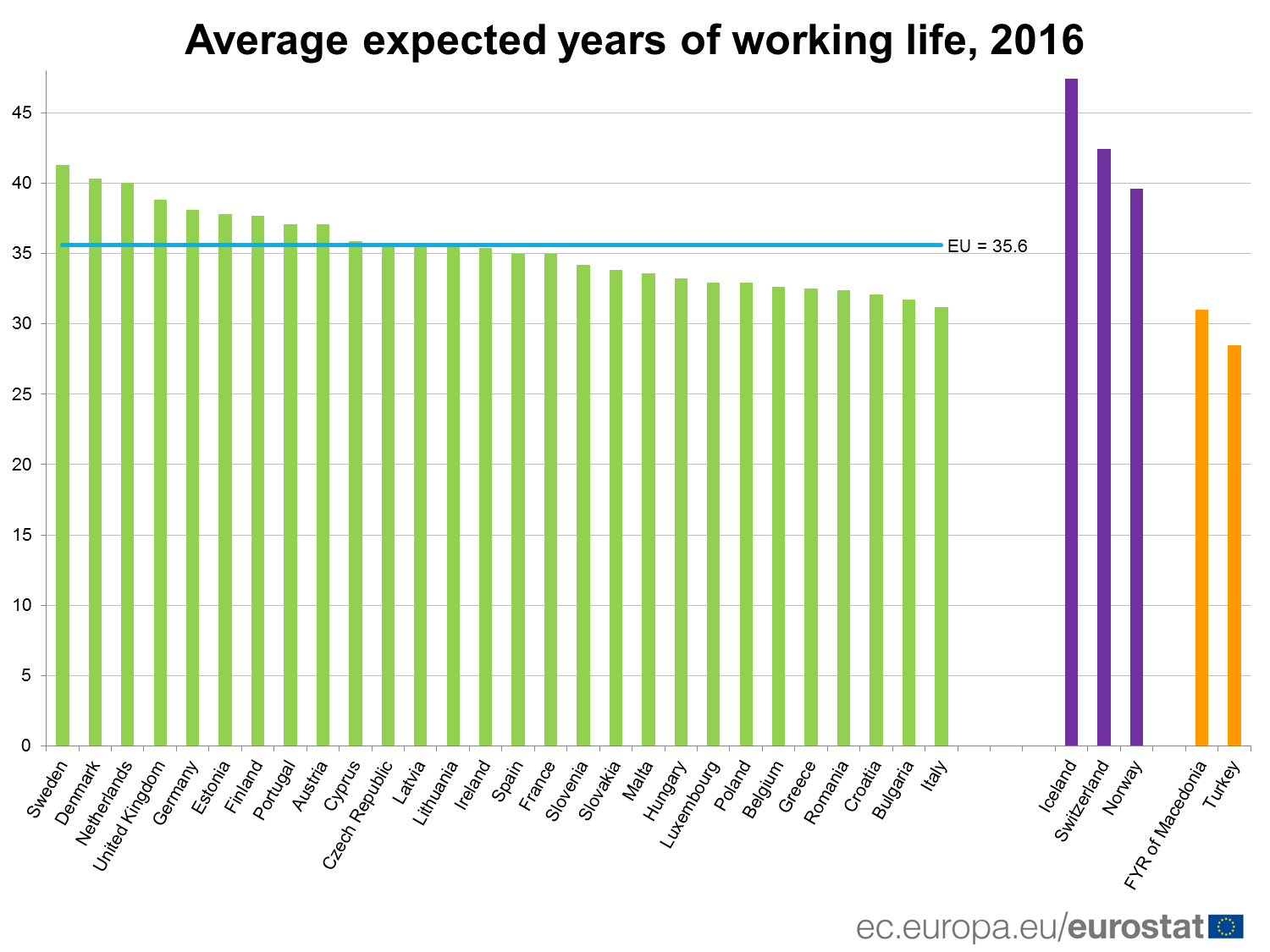