According to the ILO World Employment and Social Outlook: Trends 2017, the labour market is expected to respond weakly to the anticipated pickup in economic activity. As economic growth stabilizes in Eastern Europe, the unemployment rate is projected to decline, but only gradually, to reach 6.1 per cent in 2017. This reflects falling unemployment rates in most of the countries in the region, notably the Czech Republic, Hungary and Poland, largely offset by increasing unemployment in Bulgaria, Romania and the Russian Federation. Considering that regional employment growth is projected to remain in negative territory, the expected unemployment reduction is mainly attributable to a reduction in the labour force of 0.7 per cent per year between 2016 and 2018, partly explained by rising emigration rates. Meanwhile, the share of workers in vulnerable employment is expected to increase for the first time since 2009, reaching 11.2 per cent in 2016 and edging further upwards in 2017.

Unlike in Eastern Europe, the relatively strong rebound in economic growth in Central and Western Asia is not matched by falling unemployment. The regional unemployment rate is indeed expected to increase from 8.9 per cent in 2016 to 9.2 per cent in 2017.

In light of the limited labour market improvements, social progress is stalling. Relative poverty rates – i.e. the share of people living below 60 per cent of median disposable income – increased in 2015 in the majority of countries belonging to the EU, most notably Bulgaria, Hungary and Poland, while remaining below the average level in the rest of the EU. 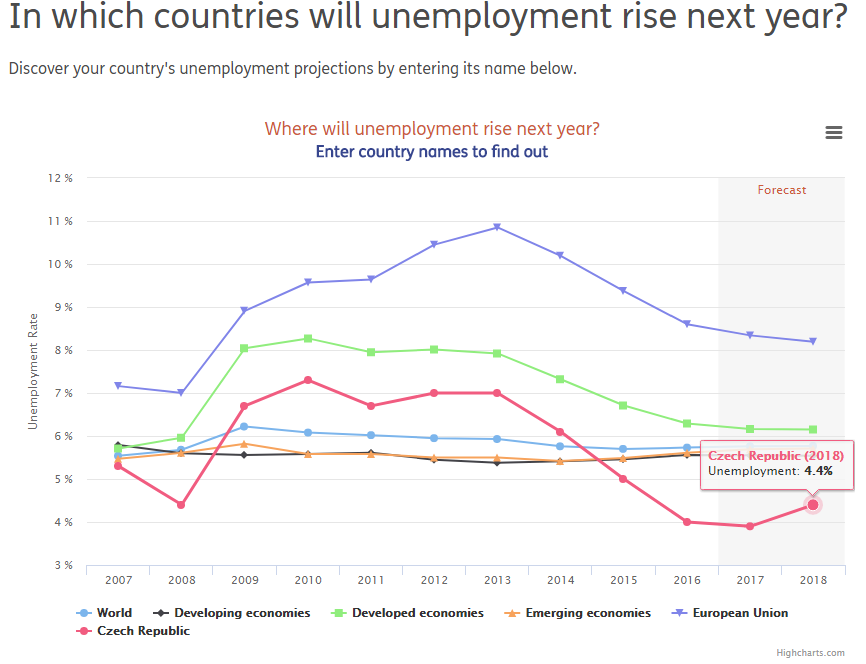 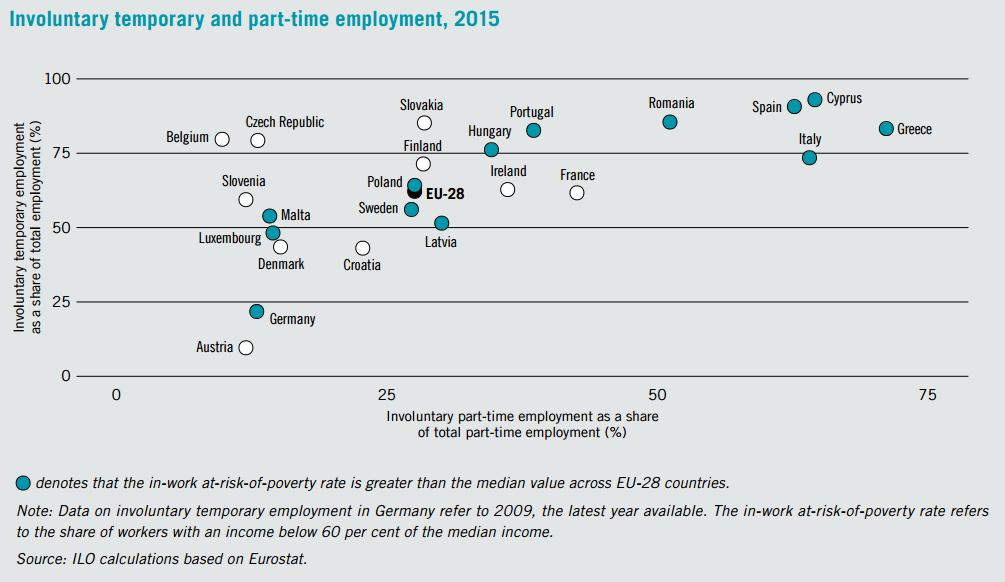 Survey: the most common reasons to change jobs

A time for hope: Consumers’ outlook brightens despite headwinds