Home > Competitiveness > Employment and Social Affairs > LSE: Upwards convergence: Why wage growth should be a priority for central and eastern Europe | Infographic on Czech wages inside

LSE: Upwards convergence: Why wage growth should be a priority for central and eastern Europe | Infographic on Czech wages inside

Wages vary significantly across European countries, but would increasing wages to create more convergence in pay levels have a damaging impact on competitiveness? Drawing on the examples of the Czech Republic, Germany and Romania, Martin Myant argues that there is scope for raising wages in central and eastern European countries to draw closer to western European levels without generating negative economic side-effects.

There are huge disparities in wage levels across the EU. Tthe level in Romania in 2015 was about half that of Czechia, which was in turn less than one third the German level, with the gap actually increasing since 2008. Some differences in pay reflect different kinds of work, but gaps remain enormous even where work tasks are very similar. This applies across many familiar jobs, such as teachers, bus drivers, bar staff or car-assembly workers, for many of which workers can easily move between countries. It is not credible to suggest that German bus drivers take six times as many passengers, or German teachers handle six times as many students as their Romanian colleagues.

The European Commission and others have argued that such low pay levels are essential for maintaining international competitiveness, a term given apparent numerical precision in the measure of ‘unit labour costs’ (ULC), the labour cost of producing one unit of national income. They warn that even a small increase in wages without a matching increase in productivity will lead to lower exports, GDP and employment.

But changes in ULC are a poor measure of export competitiveness. They are derived from productivity measured across the whole economy, even though much of activity – including most obviously public services – does not enter into international trade. It would therefore seem better to use export prices or labour costs in exporting sectors. Even these, like ULC, prove to be a poor measure of competitiveness for traded goods in economies heavily dependent on outsourcing and inward investment by multi-national companies and with wages so far below the western European level.

...There is scope for wages in central and eastern European countries to draw closer to western European levels. This could be achieved by resuming currency revaluation for those countries outside of the Eurozone, by negotiating higher wages through collective bargaining and by increasing minimum wages. Much higher wages might eventually lead multinational companies to relocate elsewhere, but that would currently be difficult, costly and pointless. Meanwhile, higher wages would help stem the outflow of skilled and qualified workforces necessary for those activities – research, development and innovation – that support the higher pay levels in western Europe. Higher pay would thereby make possible inward investment and domestic economic activity with a higher technological level. 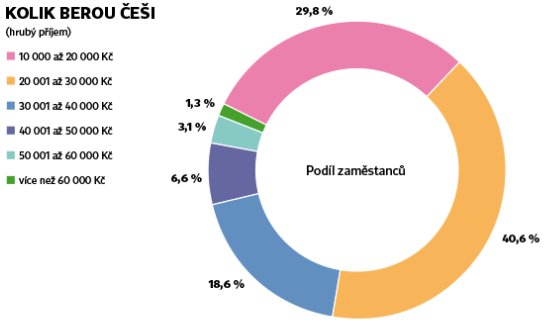 Data, picture by Trexima. Employment and gross wages in the Czech Republic. 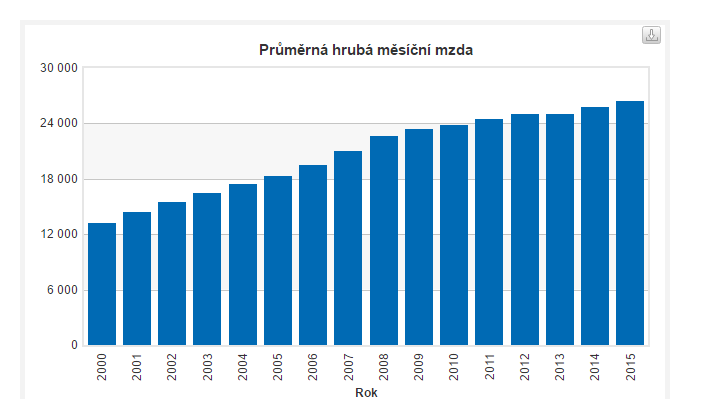 18.7% of Czech employees are working poor, the Czech Statistical Office said at the end of December 2016, adding that the purchasing power of Czech average wage is at 59% of EU average. Czech GDP (in PPP) in 2016 was at 86% of the EU average.

Wage inequality is relatively low in the Czech Republic. 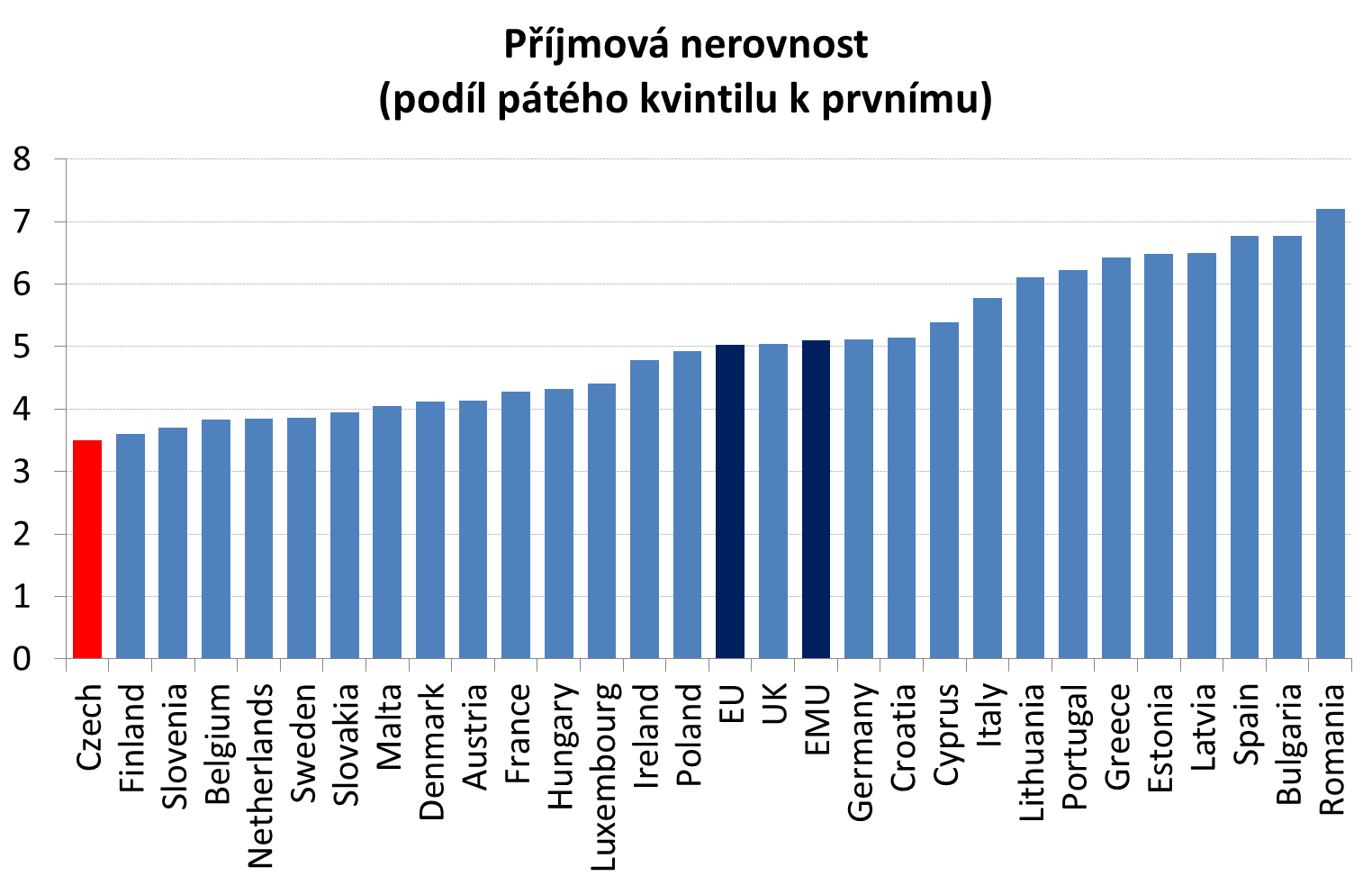