Home > Competitiveness > Employment and Social Affairs > PwC Women in Work Index 2018: What's driving the gender pay gap and what gains can be made from closing it?

PwC Women in Work Index 2018: What's driving the gender pay gap and what gains can be made from closing it?

This year’s update of PwC UK Women in Work Index shows that the OECD has continued its gradual progress towards greater female economic empowerment. The Nordic countries, particularly Iceland, Sweden and Norway, continue to occupy the top positions on the Index.

We also explore the drivers of the gender pay gap across the OECD in this year's update. We find that government spending on family benefits, the share of female entrepreneurs, maternity leave and occupational segregation help explain the gender pay gap.  The gains from closing the gap are substantial: achieving pay parity in the OECD could increase total female earnings by US$2 trillion. 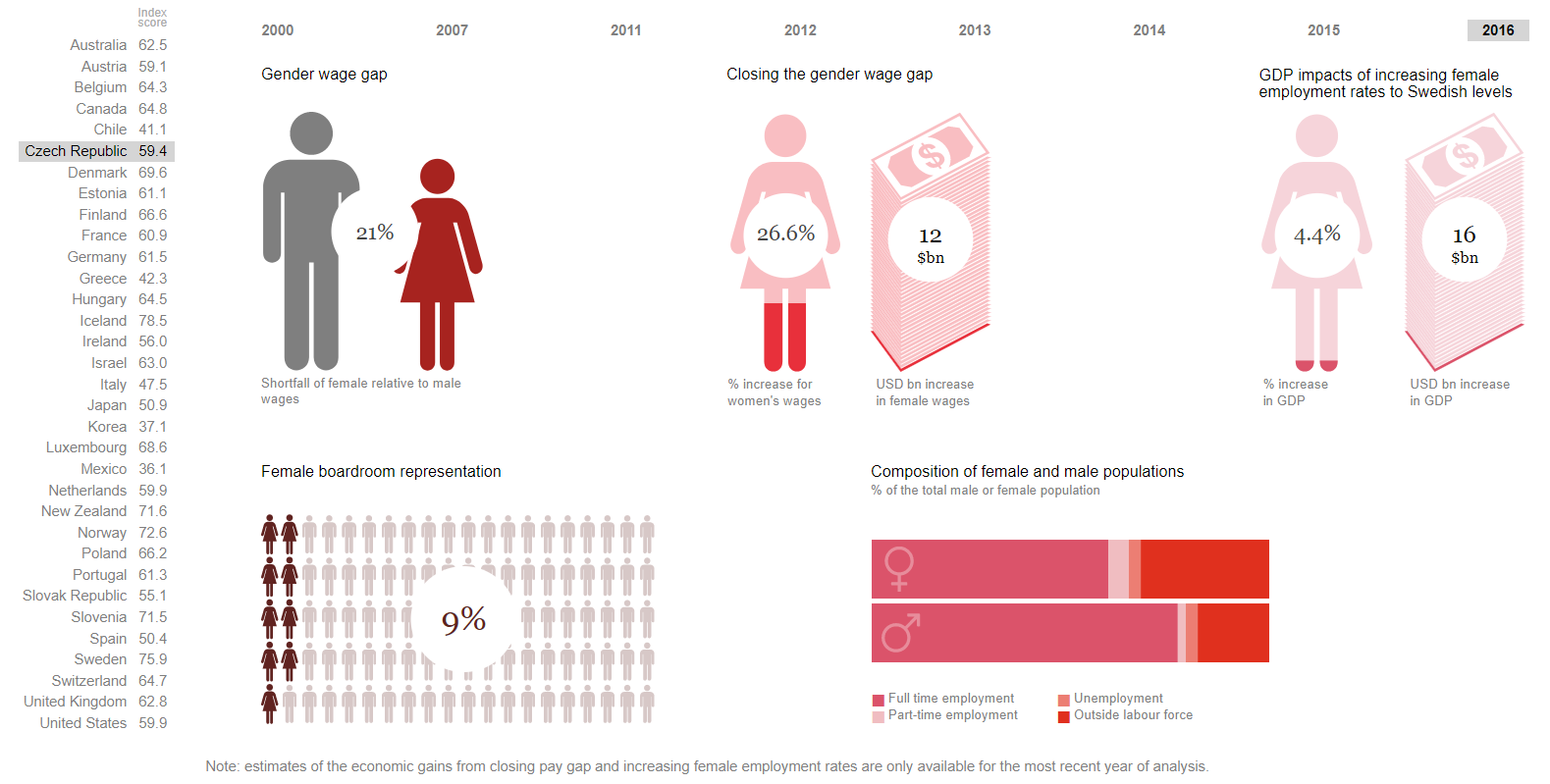 Gender pay gap in the Czech Republic reached 21% and female boardroom representation reached 9% in 2016. Increasing female employment rates to Swedish levels would mean a GDP increase by 4.4%, the study says.