Norway has jumped from 4th place in 2016 to 1st place this year, followed by Denmark, Iceland and Switzerland in a tightly packed bunch. All of the top four countries rank highly on all the main factors found to support happiness: caring, freedom, generosity, honesty, health, income and good governance. Their averages are so close that small changes can re-order the rankings from year to year. 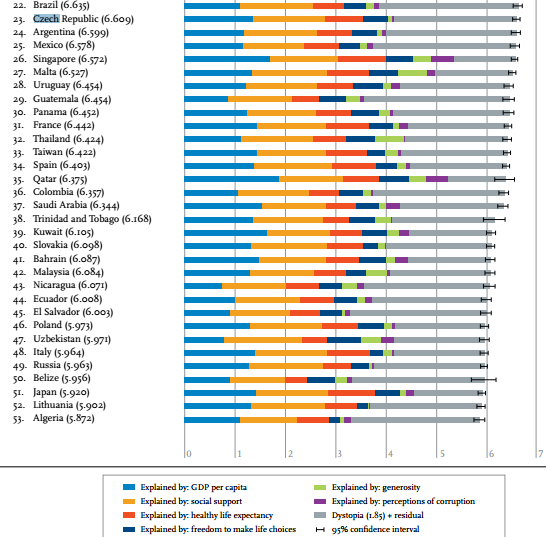 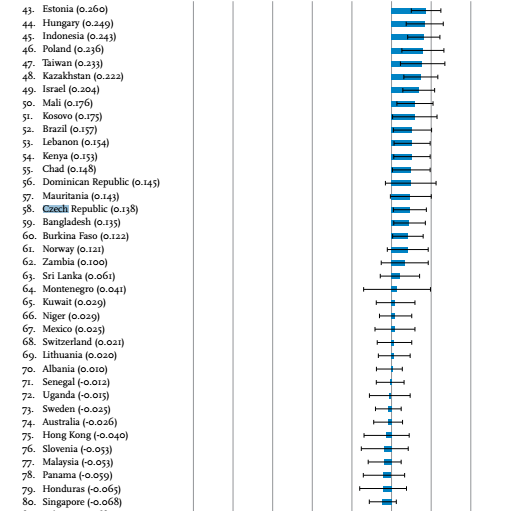 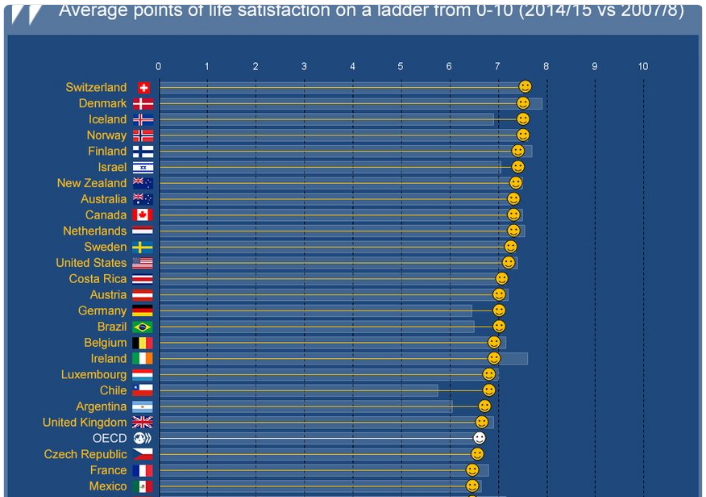