The attitude of fleet managers in the Czech Republic to the topic of the electric car is highly influenced by two factors. As shown by our international survey, the emphasis on the price of the instalments of a leasing contract is stronger than in the Western European countries. It is also important to say that the awareness of environmental problems in the Czech Republic is not as deep as in those countries.

So, this is the reason why electric cars (BEVs) are rarely placed in the Czech fleets. Due to its high acquisition price and, at the same time, limited state support, BEV has a chance only in positions which have big budget for car policy. Similar restrictions concern even the plug-in hybrids (PHEV), which thanks to its dual system in the vehicle, are often more expensive than the BEVs.

LeasePlan Czech Republic lately organized a meeting of CEE representatives and fleet managers on the topic of electro mobility and its development in the Czech Republic. Our biggest and most important clients participated in this meeting, as well as representatives of the Czech car producer Škoda and consulting company EY (Ernst &Young). The trends mentioned above were confirmed. 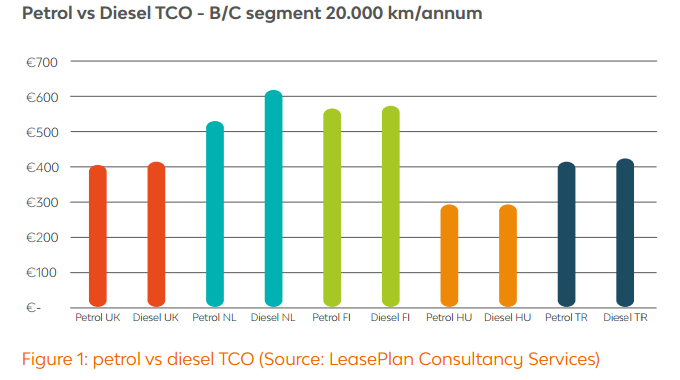 According to the people responsible for the administration of the fleet, the most frequently heard opinion on this subject was: 'The future car of our general manager will be the PHEV because we need to present ourselves at least a bit in the modern spirit. Nevertheless, it is not possible to make BEVs and the PHEVs available for regular employees due to their price. We are presenting our contribution to the environmental protection through the decreasing average rate of the CO2 emissions which we have reached by the selection of conventional motorization.'

However, this is the reasoning of the international companies which have their headquarters in the developed part of Europe. Generally, Czech companies do not discuss these problems. Therefore, another type of alternative fuel, which is called CNG (compressed natural gas), has found its way to Czech fleets. For this type of alternative fuel it is already possible to find several uses where TCO (total cost of ownership) comes out more favourable than in the case of the conventional motorization. If we consider what was written in the first paragraph, the way for the electric cars to the fleets will be open as soon as their price will be comparable to the price of conventional propulsion. Other possibility for change is a legislative restriction of conventional propulsions.

>> LeasePlan Whitepaper is attached below.

Author of the text: LeasePlan

CO2 emissions can now be offset directly on board

Neuron online club: Why is energy so expensive?