Home > Competitiveness > Energy and Environment > OECD Green Growth Indicators 2017: Productivity of use of abstracted freshwater more then tripled in the Czech Republic since 1995

OECD Green Growth Indicators 2017: Productivity of use of abstracted freshwater more then tripled in the Czech Republic since 1995

In the 2017 Green Growth Indicators report, OECD uses a set of 26 indicators to measure 1. the environmental and resource productivity of the economy, 2. the natural asset base, 3. the environmental dimension of quality of life and 4. economic opportunities and policy responses. The top performers were Denmark, Norway and Luxembourg.

As for fresh water, national income generated per unit of freshwater abstracted increased in the last two decades and productivity levels more than tripled in the Slovak Republic, Israel, Poland and the Czech Republic in the period. In the Czech Republic, environmentally generated tax revenue as a percentage of the total tax revenue has not changed much, compared with 1995.

Embodied CO2 per capita is highly correlated with living standards, as the case of the U.S.A. or China shows. Recent OECD work suggests that ambitious climate change mitigation policies could be good for jobs as well as the environment. The key is mobility. Environmental policy could be combined with measures to help workers take advantage of new opportunities. One way could be to use revenues from carbon taxes to reduce taxes on labour income, the report suggests. 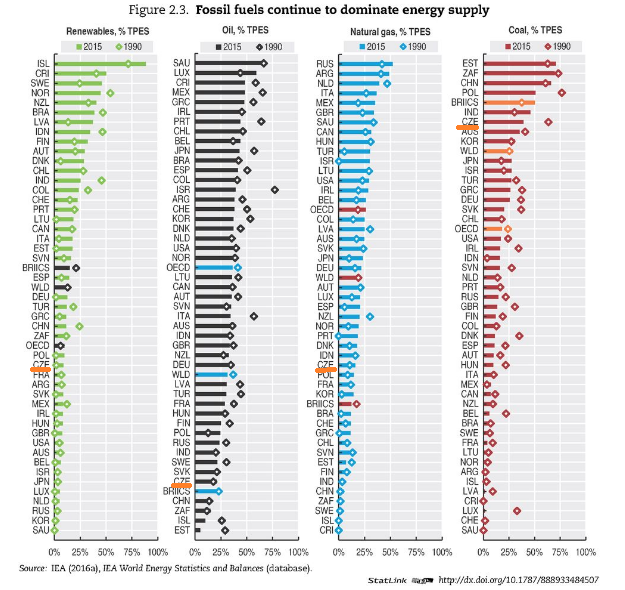 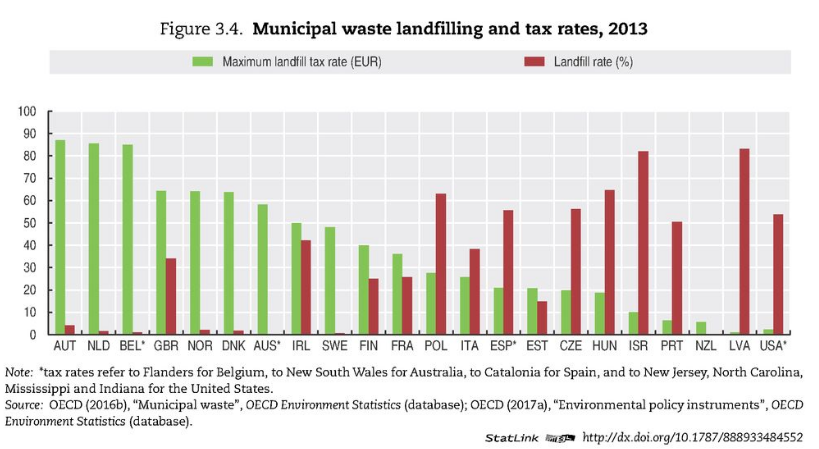 Meanwhile, looking at the picture overall, energy consumption grew slowly again in 2016 – the third consecutive year in which demand has grown by 1% or less – much weaker than the rates of growth we had become used to over the previous 10 years or so, the 66th edition of the Statistical Review of World Energy says.

2016 was the first year of the growth spurt we expect to see in LNG, with global supplies set to increase by around a further 30% by 2020. That is equivalent to a new LNG train coming onstream every two-to-three months for the next four years – quite astonishing growth. As the importance of LNG trade grows, global gas markets are likely to evolve quite materially. Read more.

Also, Global energy investment fell for a second year in 2016 as oil and gas spending continues to drop, the International Energy Agency reports. For the first time, global spending on electricity sector in 2016 exceeded combined spending on oil, gas & coal supply. (Source of the content: IEA) 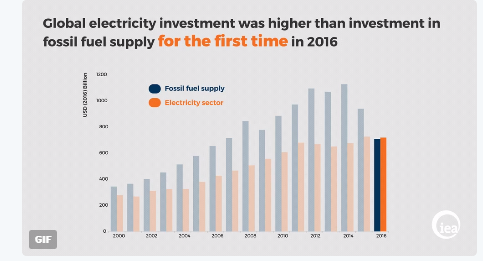