Boston Consulting Group released their 2018 Sustainable Economic Development Assessement (SEDA) focused on wealth and well-being. The analysis included 152 countries and used data from 2007 through 2016, finding out, among other things, that countries that focus on enhancing well-being not only raise the standard of living of their citizens but also set their country up for stronger and more resilient economic growth.

European countries account for 71% of the countries in the top quartile of 2018 SEDA scores. Northern European countries top the list—as they have since we launched SEDA—owing in part to high income levels and a strong commitment to social progress and governance. This year, Norway and Switzerland are SEDA’s top-ranked countries, with Iceland, Luxembourg, and Denmark rounding out the top five. 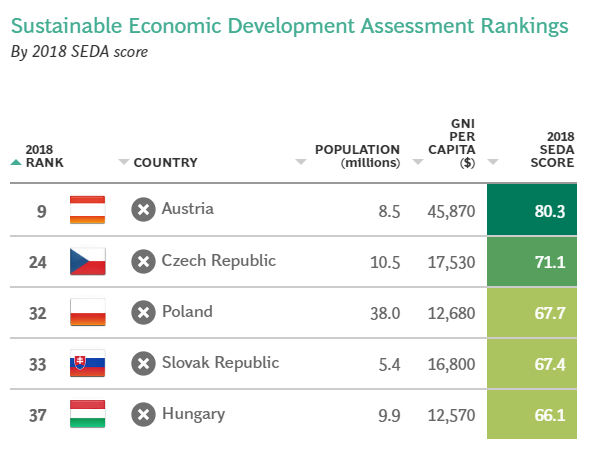 Singapore is the only non-European nation in SEDA 2018’s top ten. Australia, Canada, France, Germany, Japan, the UK, and the US are the only G20 countries in the SEDA 2018 top 20. The Czech Republic ranks 24th, getting high scores for Equality and lower scores for Environment and Income, for example. 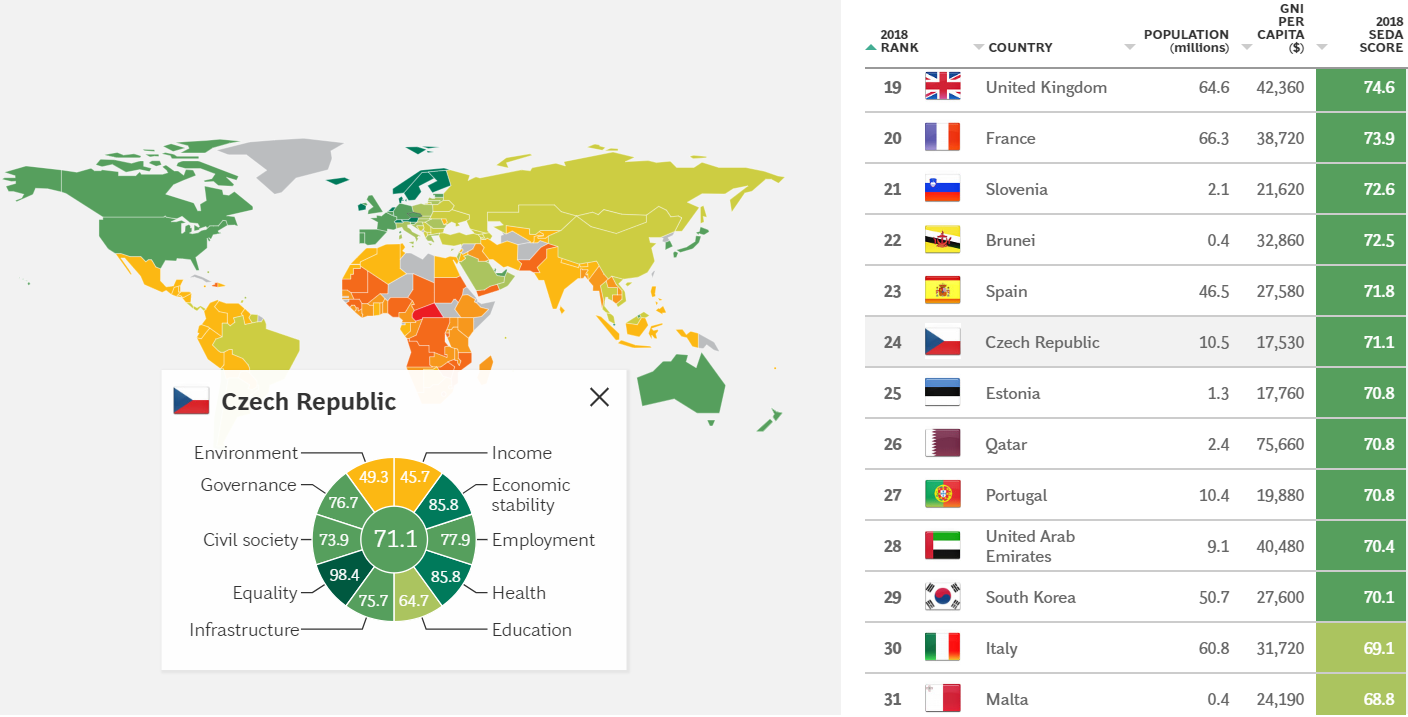 When we look at these countries according to SEDA scores and per-capita incomes, the report outlines, we see that countries with similar incomes can have very different levels of well-being. The US and Australia, for example, both have GNI (gross national income) per capita in the mid-$50,000 range—but the US’s SEDA score is 76, while Australia’s is 79. Meanwhile, Germany’s GNI per capita is more than 10% below that of both countries, but its SEDA score is on par with Australia’s and better than that of the US.

As SEDA has found in previous years, the ability to convert wealth into well-being varies even among countries with similar income levels. Both the US and Sweden, for example, have per-capita income in the mid-$50,000 range, but the US has a wealth-into-well-being-conversion coefficient of .91 while Sweden’s is .98. Poland and Argentina also have similar per-capita income levels (roughly $12,000), but Poland’s coefficient is 1.22 while Argentina’s is 1.05. Many of the countries with the highest wealth-into-well-being-conversion coefficients are in Eastern and Central Europe, including the Czech Republic, Slovakia, Hungary or Poland, as well as Slovenia or Portugal, to list some of the analysis results. 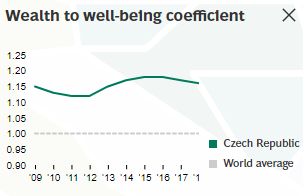 Background: The 2018 issue of Sustainable Economic Development Assessement (SEDA) provides a definition of well-being based on three fundamental elements, which themselves are comprised of ten dimensions that are used to create a relative fact-based measure of well-being across countries. 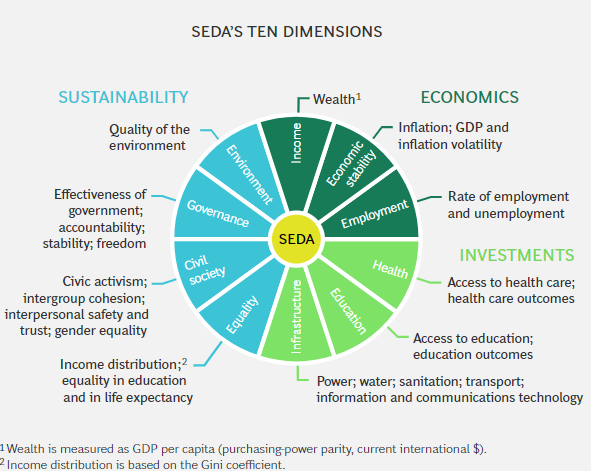