After updating our short-term outlook for major developed economies, we turn our attention to the CEE countries.

We collectively downgrade the 2020 GDP outlook on the back of coronavirus fears. However, the reaction function will differ a bit. We see a lagged effect of falling foreign demand and supply chain disruptions combined with a stockpiling in 1Q20. This results in 2Q being the bottom in the CEE when it comes to GDP levels. Second-round effects in production, limited business and household spending will drag down both investment and consumption. When fear decreases in the second half of the year, we see on average 60% recovery of cumulated GDP drops from the first half of 2020. Nonetheless, both the Czech Republic and Romania should show negative GDP for full 2020.

A mix of a supply and a demand-side shock combined with weaker FX results in diverse outcomes when it comes to the inflation outlook, but in general, it seems that central banks in the region don’t need to consider high inflation as a barrier when taking steps. And they are taking steps. Central banks are preparing or have been already decided about emergency measures (rate cuts in the Czech Republic, QE and rate cuts in Poland) to improve the liquidity situation and provide stability in the banking sector. What could be the next step varies from country to country. The National Bank of Hungary may also embark on QE, the National Bank of Romania is to focus on liquidity measures while the Czech National Bank is set to cut rates further. The National Bank of Poland is likely done with cuts. The fiscal policy is also a mixed bag with some countries facing mounting problems like Romania, while others can easily afford a 4% of GDP fiscal deficit like Poland.

The upcoming monetary easing coupled with the challenging environment for emerging market FX and risks assets should keep CEE currencies under pressure in coming months. The tightly managed RON should continue to be the winner in falling markets while CZK volatility will remain extra elevated given the positioning-related moves in the currency and the risk of CNB FX interventions (which we expect to have a smoothing effect only). We also look for more HUF and PLN weakness in coming weeks and months.

This update might be just the first in line as more data is released and more measures will take place to prevent the spread of the virus and more packages are coming to counterbalance the economic and social impacts of the shock.

For our views on CEE countries, see below.

The Czech Republic by Jakub Seidler and Petr Krpata 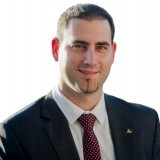 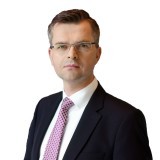 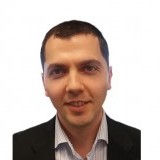 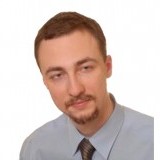