When it comes to competitiveness, Europe is a story of contrasts, with four distinct groups: a very competitive north-west, including Switzerland; a relatively competitive south-west, led by France; a rising northeast region, led by Poland, Czech Republic and the Baltic countries, which rank on par with or higher than several Western European economies on several aspects of competitiveness; and the south-eastern region—in particular, the Balkan countries—which lags behind the other groups, according to the 2018 edition of the World Economic Forum's Global Competitiveness Report. 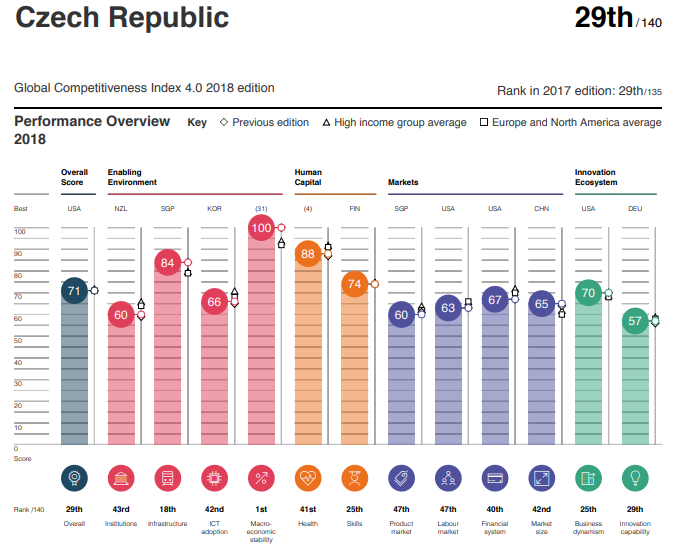 In specific sub-categories, the country ranked 27th out of 140 countries included in the report for Digital skills among population, 41st for Skillset of graduates, 112nd for Complexity of tariffs, 125th for Ease of finding skilled employees, 126th for hiring foreign labour, and 137th for Internal labour mobility, for example. 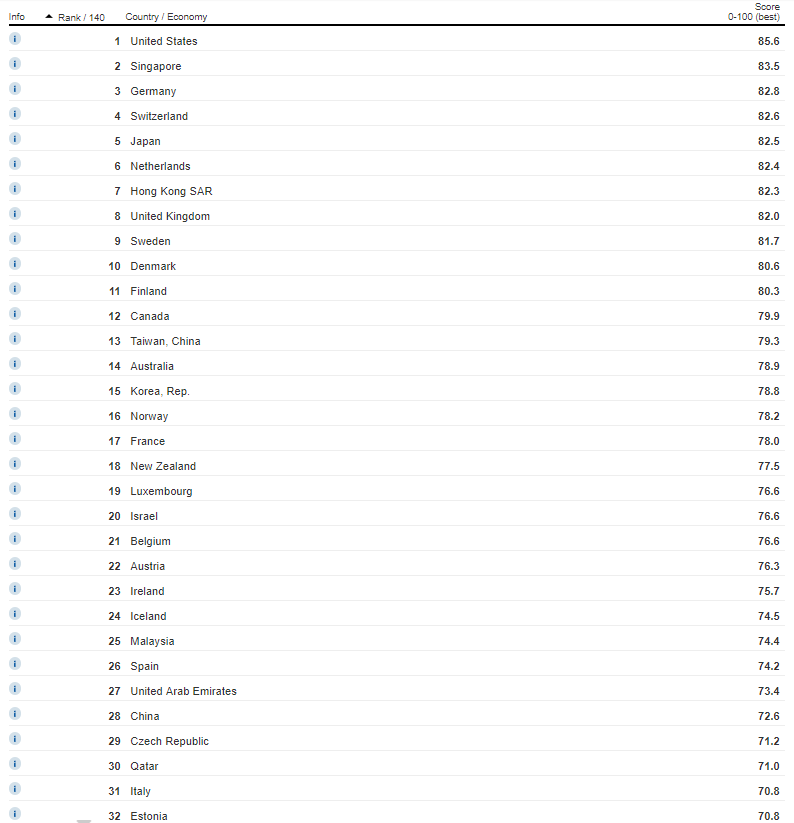