According to Financing SMEs and Entrepreneurs 2018: An OECD Scoreboard, in 2016, there were roughly 1.1 mil. active enterprises in the Czech Republic. 99.8% of these firms were SMEs with less than 250 employees each. Together, they employed almost 1.8 mil. people or 58.4% of the Czech Republic's workforce. Micro-firms dominated the business landscape, comprising 96.3% of all SMEs in 2015.

The decline in new lending can be attributed to several factors, often depending on national circumstances. In Australia, Austria, the Czech Republic, the Netherlands and the United Kingdom, survey data suggest that lower demand for credit is contributing to this development, which in turn may be linked to weak investment dynamics. In other countries,
such as Greece, Slovenia and Portugal, financial institutions appeared to have become more risk-averse when lending to SMEs, and high levels of non-performing loans still weigh on the supply of credit, especially for segments within the SME population that are deemed risky. In Brazil and the Russian Federation, the decline appears due in large part to unfavourable macro-economic conditions, OECD says. 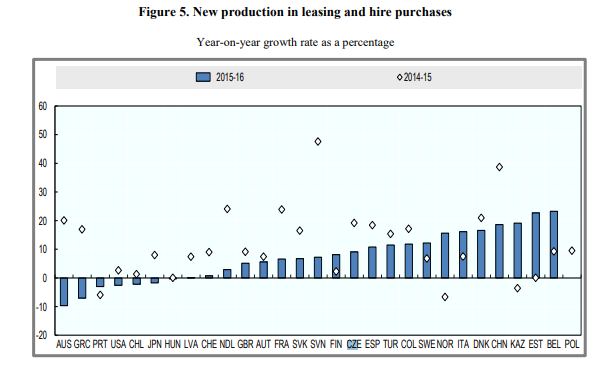