Employer social security contributions account for 26.8% of labour costs in France, which is the highest among OECD countries. Employer social security contributions account for more than 20% of labour costs in nine other countries - Austria, Belgium, the Czech Republic, Estonia, Hungary, Italy, the Slovak Republic, Spain and Sweden, the report says.

As a percentage of labour costs, employee and employer social security contributions combined exceeds 20% in more than half of the OECD countries. It also represents at least one-third of labour costs in eight countries: Austria, Belgium, the Czech Republic, France, Germany, Hungary, the Slovak Republic and Slovenia. 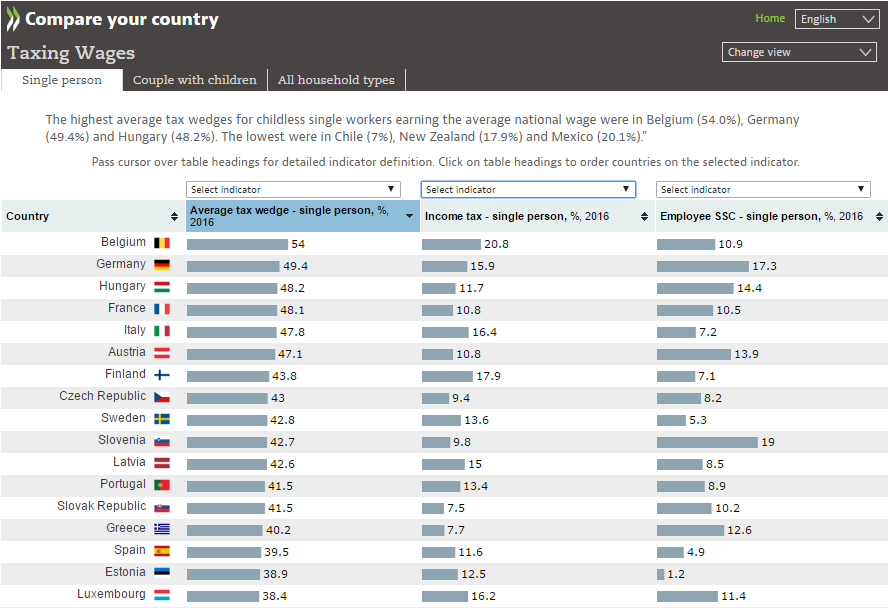