The American Chamber of Commerce in the Czech Republic prepared another update on the Czech workforce. This report focuses on main trends in employment and median wages in six occupational categories (managers, professionals, technicians, clerical workforce, craftsmen and plant, machine operators and assemblers) in the private and public sector in the South Moravian region (Jihomoravský kraj).

Employment. In relative numbers, the largest employment increase in 2017 was recorded in clerical workers (10.4%) followed by plant, machine operators, assemblers (5.8%). Plant, machine operators, assemblers have made around 17% share of the total workforce in the region in the past years.  Professionals and technicians make around 20% and 29% shares, respectively. Managers have been gradually descending  from 7% in to the current 5.6% share.

Employment. The growth in the category of technicians accelerated in 2017 (y-o-y increase by 4.5%). The number of technicians has grown by 25.8% since 2011 and it is the fastest growing occupational category. Managerial positions were reduced by 11.5% since 2001. 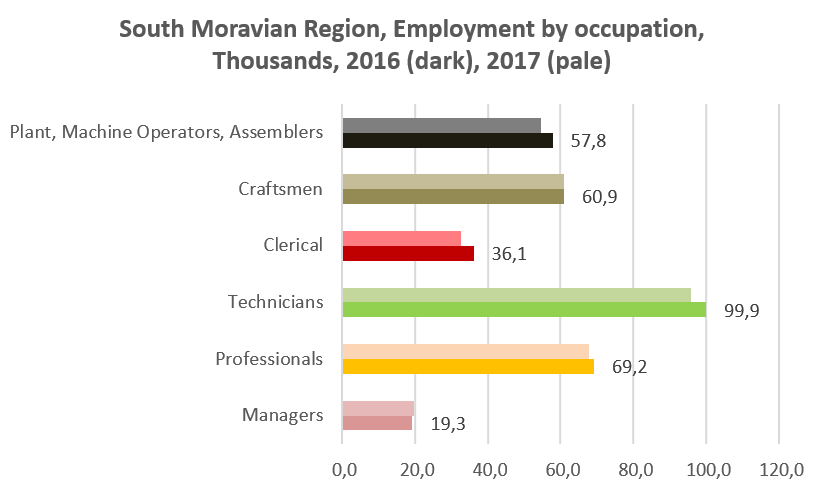