The share of children who are overweight or obese at age 15 ranges from 10% in Denmark to 31% in the United States. Despite policies put in place in OECD countries for a number of years, the number of 15-year-olds who report to be overweight or obese has steadily increased since 2000 in the majority of countries, according to the Health Behaviour in School-aged Children survey (Inchley et al., 2016). A more detailed analysis covering children aged 3 to 17 at several points in time shows relatively stable rates in France up to 2012, while trends have been somewhat upward again for both boys and girls in England since 2012, and since 2011 for boys in the United States, OECD latest Onesity Update says.

The Czech Republic stands just above the OECD average, the report shows, with 21% of the adult population (aged 15 years and over) being obese. 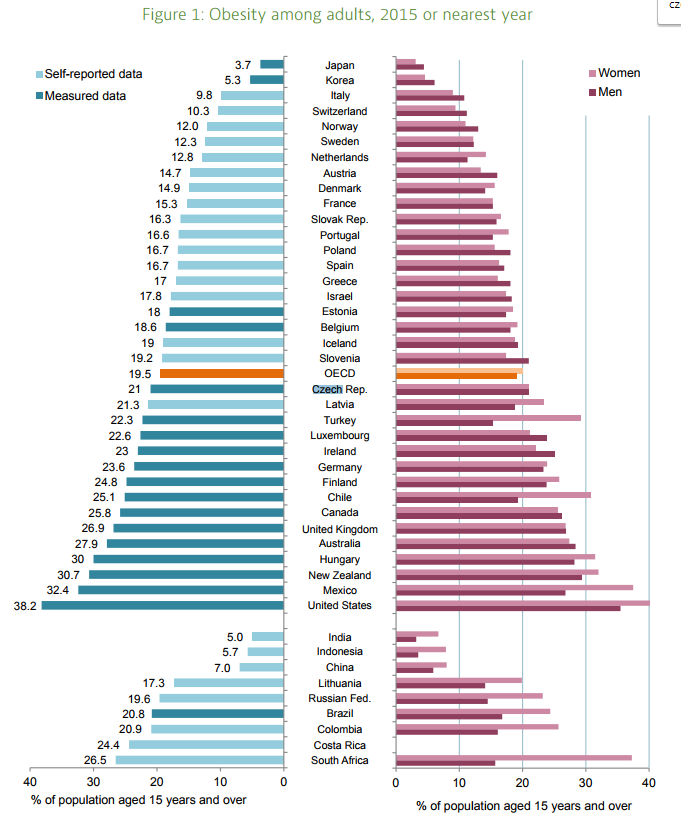