European Semester Autumn 2017 report: Czech Republic: 2017 is set to mark the beginning of an investment rebound

Acording to European Semester Autumn 2017 report, the Czech economy continues to grow steadily. GDP growth is forecast to be well above potential in 2017 due to buoyant investment and private consumption, but is expected to moderate in 2018 and 2019. While exports are forecast to continue growing solidly thanks to robust global demand, their positive effect on GDP growth is set to be neutralised by strong import growth. The labour market is nearing full employment and inflation is projected to remain close to the central bank’s target of 2%. The headline government balance is on course to remain in surplus territory.

2017 is set to mark the beginning of an investment rebound following the previous year’s slump, the report says. But adds that swift growth risks draining labour market. 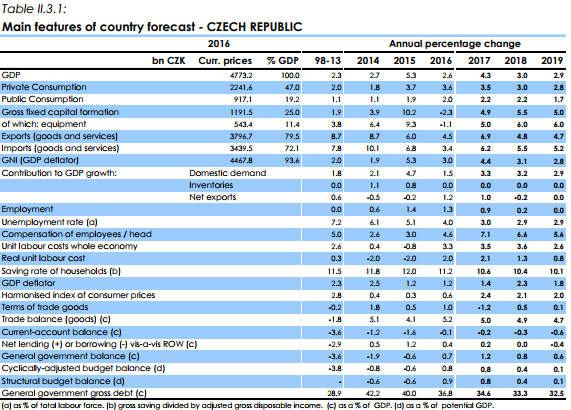