The climate improved in nearly all regions of the world. With the exception of the Middle East and Northern Africa, experts across the globe assessed the current economic situation more positively. Developments in their expectations were mixed. Optimism waned in advanced economies. Experts from emerging and developing economies, by contrast, expect the world economy to pick up; with Latin America contributing strongly to the improvement in expectations, ifo Institute, Centre for Economic Studies Munich states in their latest report on global economic climate.

Based on exports, the price increase in the world economy will accelerate. Slightly fewer survey participants expect world trade to grow. The US dollar is expected to appreciate against other currencies. 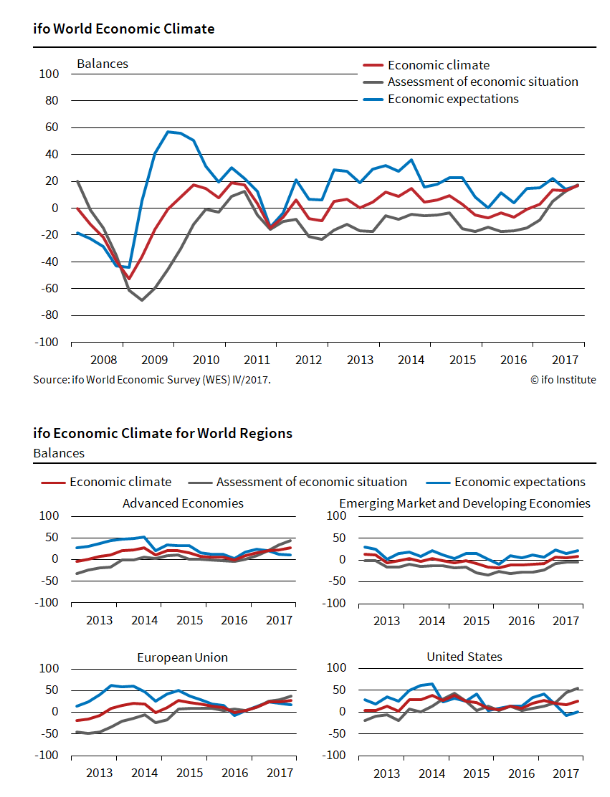 Climate indicator for Euro Area hits new high. Experts assessed the current economic situation as significantly better, but their economic expectations clouded over slightly. The upturn in the euro area will continue in the months ahead, but is expected to lose impetus somewhat. 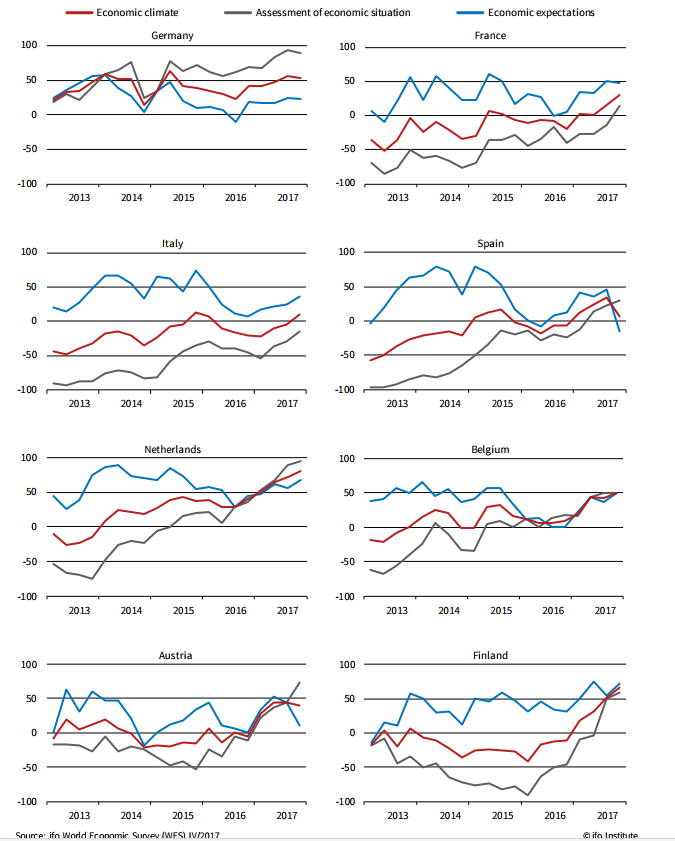