Global growth is forecast at 3.0 percent for 2019, its lowest level since 2008–09 and a 0.3 percentage point downgrade from the April 2019 World Economic Outlook, according to the International Monetary Fund (IMF). Growth is projected to pick up to 3.4 percent in 2020 (a 0.2 percentage point downward revision compared with April), reflecting primarily a projected improvement in economic performance in a number of emerging markets in Latin America, the Middle East, and emerging and developing Europe that are under macroeconomic strain. Yet, with uncertainty about prospects for several of these countries, a projected slowdown in China and the United States, and prominent downside risks, a much more subdued pace of global activity could well materialize.

To forestall such an outcome, policies should decisively aim at defusing trade tensions, reinvigorating multilateral cooperation, and providing timely support to economic activity where needed. To strengthen resilience, policymakers should address financial vulnerabilities that pose risks to growth in the medium term. Making growth more inclusive, which is essential for securing better economic prospects for all, should remain an overarching goal, IMF advise. 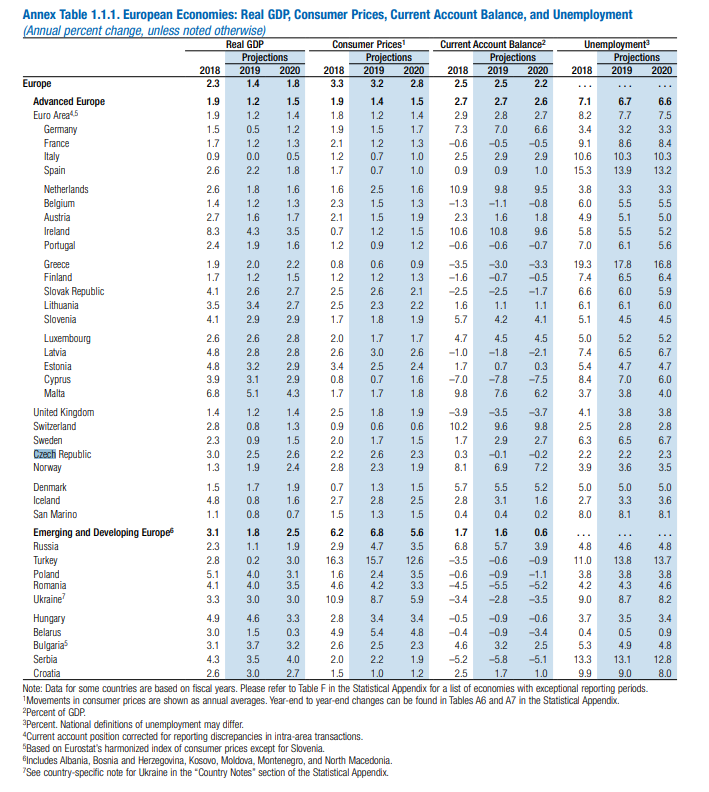