The share of unemployed people stagnated in August at 2.7% after hitting the current historic low of 2.6% in June and May. The slight increase during summer months is typical as graduates and employees from the education sector enter the labour force. This means the unemployment rate could slightly decrease in the coming months, but this will probably be its lowest value.

Given the slowdown in the global economy, we assume the unemployment rate will bottom out this year. Indeed, industrial companies with more than 50 employees are reporting a decline in employment in recent months. 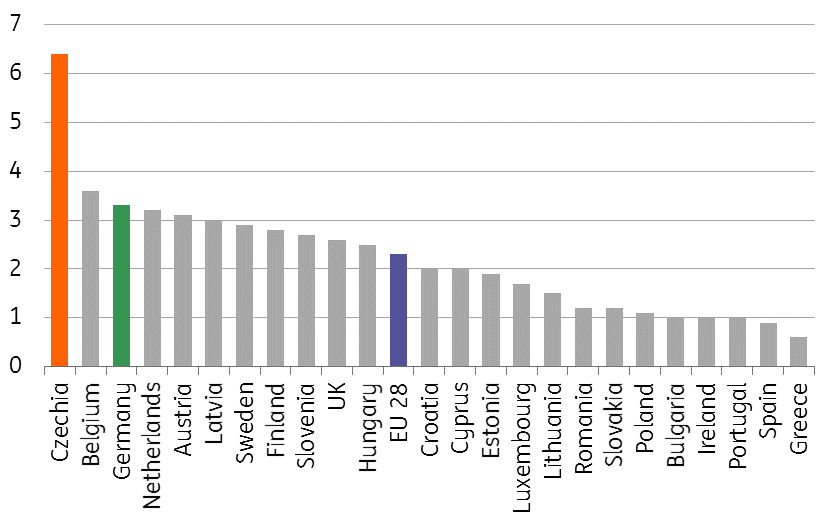 Despite that, the number of vacancies reached its new record in August exceeding 350k. The number of job vacancies to the total number of jobs has been well above the EU average in the Czech Republic, which illustrates the overheating of the domestic labour market. Therefore, the current slowdown in the global economy is transmitting into the Czech labour market more slowly than expected, which is still evident by the solid wage growth exceeding 7% in 2Q.

Thus, wage growth is likely to keep a solid pace this year – though, having said that we're unlikely to see the record wage growth of 7.6% in 2018. If anything, it'll probably slow towards 5% next year and will be affected by further growth in the minimum wage and wages in the public sector, which are still under negotiation.