The OECD Economic Survey of the Czech Republic published in mid-July 2018 says average living standards are gradually improving, with per capita GDP at 82% of the OECD average in 2017.

Other challenges include rising house prices, a rapidly ageing population and low wages, which are picking up but will need to increase faster, OECD says.

Greater flexibility in work hours and more affordable childcare could help ease the labour squeeze by increasing the share of women in work, particularly those with young children.. The pressures of an ageing society could be reduced by linking the retirement age to life expectancy and broadening the financing of health and old-age care. The Czech Republic is among the fastest ageing countries in Europe with the ratio of retirees to workers set to rise from 28% in 2016 to a peak of 56% in 2058. Ageing-related spending makes up 43% of the government budget and could rise to 75% without action. The Survey recommends better hospital management, primary care coordination and pay incentives to improve the financial sustainability of the health system. 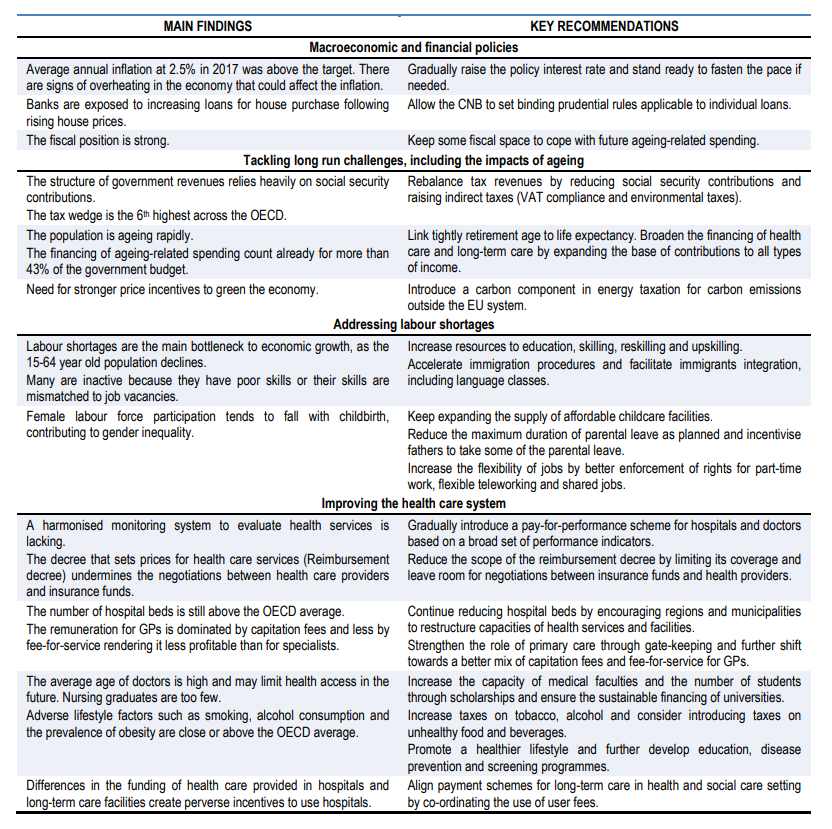 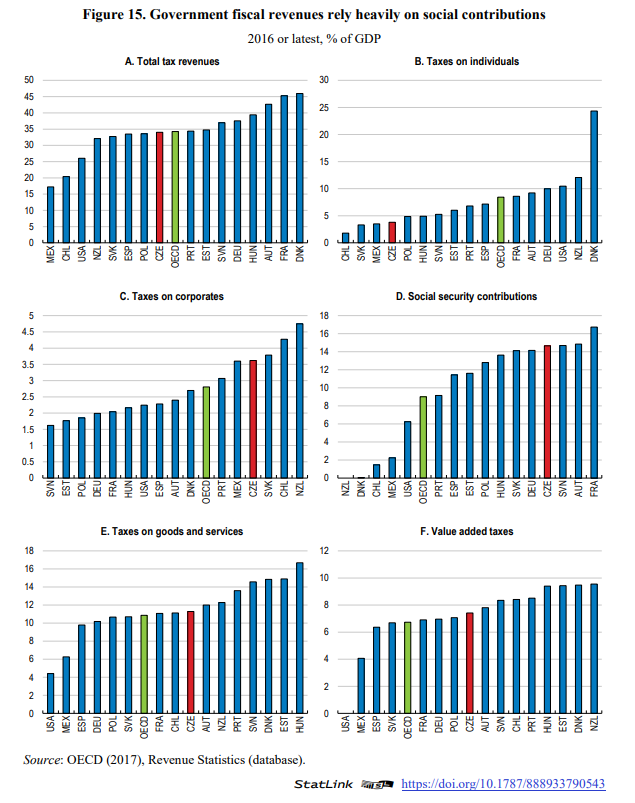 The key messages of this Economic Survey are:

A new Environmental Performance Review of the Czech Republic, also presented by Secretary-General Gurría during his visit to Prague, shows the country’s progress in reducing greenhouse gas emissions and replacing some of the coal that dominates the electricity mix with nuclear and renewables. It says, however, that a greater political commitment to a low-carbon economy will be needed to meet long-term climate goals, including the Paris Agreement objectives.

The Czech economy is one of the most carbon intensive in the OECD due to its large heavy industry sector and its reliance on coal. The share of renewables used for electricity is the fourth lowest in the OECD. Air quality is another challenge, with premature deaths from ambient air pollution around twice the OECD average at 633 per million inhabitants.