The transatlantic economic partnership generates around €5.5 trillion ($6 trillion) in commercial sales a year and accounts for half of total global personal consumption. No place in the world attracts more US foreign direct investment (FDI) than Europe. Since the beginning of this decade, Europe has attracted 62.6% of total US global investment.

In 2021, transatlantic trade in goods reached €1 trillion ($1.1 trillion). US foreign direct investment (FDI) flows to Europe rose to €230 billion ($253 billion), while US foreign affiliate income earned in Europe amounted to an estimated €272 billion ($300 billion) – 2.7 times more than income earned in all of Asia. More. 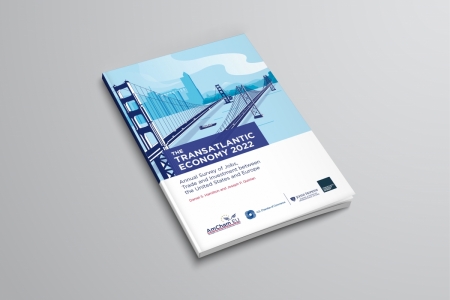