Home > Economic policy > Energy and Environment > AmCham CZ Future of Energy debate: Share of hybrid & electric vehicles will likely reach about 35% of the EU fleet by 2040, according to ExxonMobil‘s Outlook

AmCham CZ Future of Energy debate: Share of hybrid & electric vehicles will likely reach about 35% of the EU fleet by 2040, according to ExxonMobil‘s Outlook

There will be 9.2bn people on the planet by 2040, with expanded purchasing power, contributing to about a 25% energy demand rise and 10% growth in energy-related CO2 emissions. Growth will be concentrated in developing countries. About 5.5bn of people will reach the middle class, mostly in the Asia-Pacific region, according to ExxonMobil’s 2018 Outlook for Energy.

Electricity demand will rise modestly in OECD countries, but increase by about 60% at the global level. Oil demand in the EU will likely fall by 20% while natural demand remains relatively flat. Strong growth is expected in wind and solar energy sources. The share of hybrid and electric vehicles will likely reach about 35% of the EU fleet by 2040, according to ExxonMobil‘s Outlook. As a hypothetical sensitivity, if all cars on the road worldwide are to be electric vehicles by 2040, then beginning around 2025, all new cars put into circulation would likely need to be electric. In that scenario, global energy-related CO2 emissions in 2040 could be about 5% lower than the base case, while total liquid fuels demand worldwide in 2040 could be similar to levels seen in 2013.

Demand as well as production of liquid fuels are likely to decline in Europe, meaning an ongoing and significant need for imports, the outlook points out. These and more findings were presented by Todd Onderdonk, ExxonMobil Senior Energy Advisor, on Tuesday April 17th during an initial debate on the Future of Energy, both at the global level and in the Czech Republic. 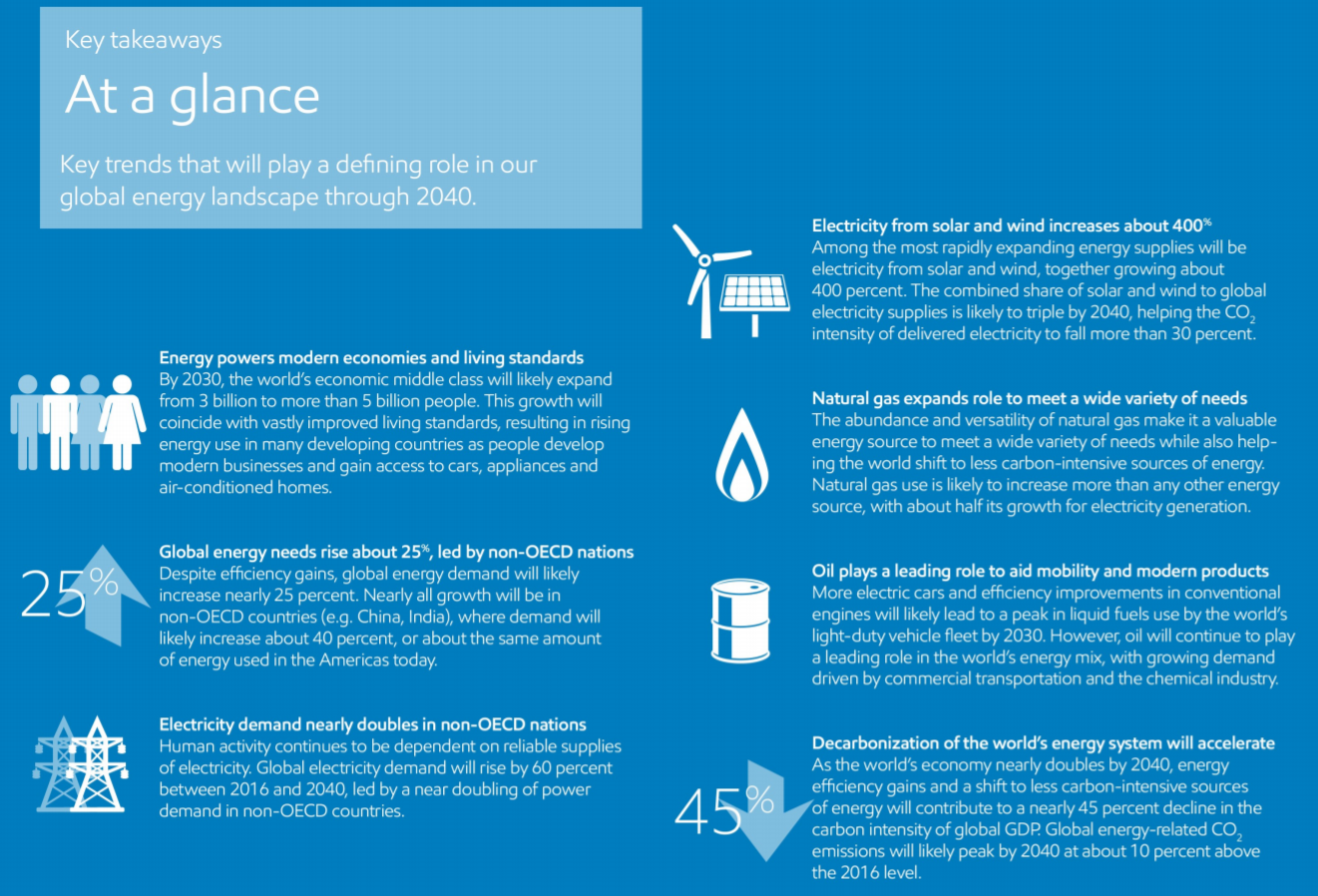