No two other regions in the world are as deeply integrated as Europe and the US:

America's investment base in the Czech Republic is small but has risen by one-third over the past ten years to $5.4 billion in 2017. This is down from a peak of $6.4 billion in 2013, but still is significantly larger than investment by Czech Republic firms in the U.S., says the 2019 edition of the Transatlantic Economy report published by the AmCham EU and U.S. Chamber of Commerce in cooperation with The Johns Hopkins University, School of Advanced International Studies. 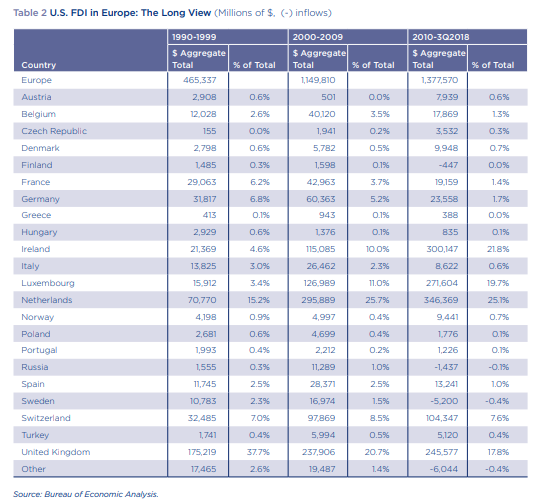 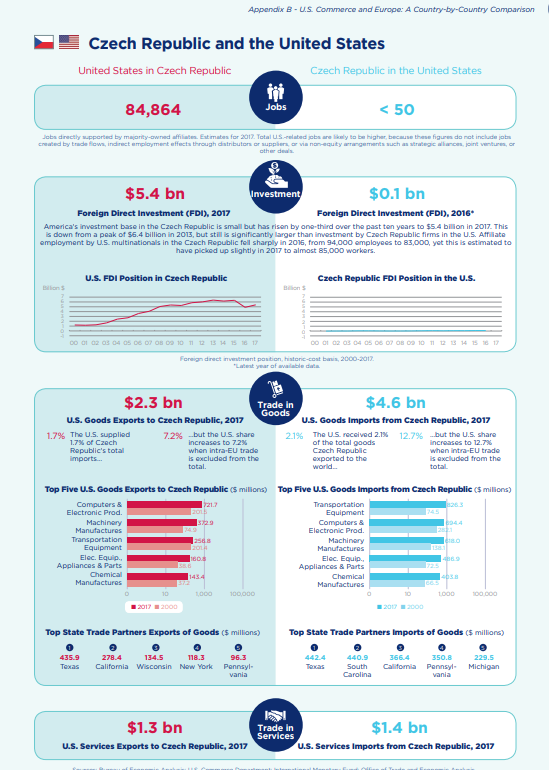 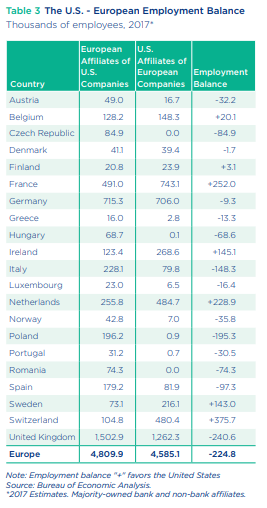