Home > Economic policy > Trade and Investment > Eurostat: Ratio of investment to GDP highest in the Czech Republic | M.Skorepa, Ceska sporitelna: "We are probably observing a natural fall in the tempo of catching up, in terms of the stock of capital, to richer economies."

Eurostat: Ratio of investment to GDP highest in the Czech Republic | M.Skorepa, Ceska sporitelna: "We are probably observing a natural fall in the tempo of catching up, in terms of the stock of capital, to richer economies." 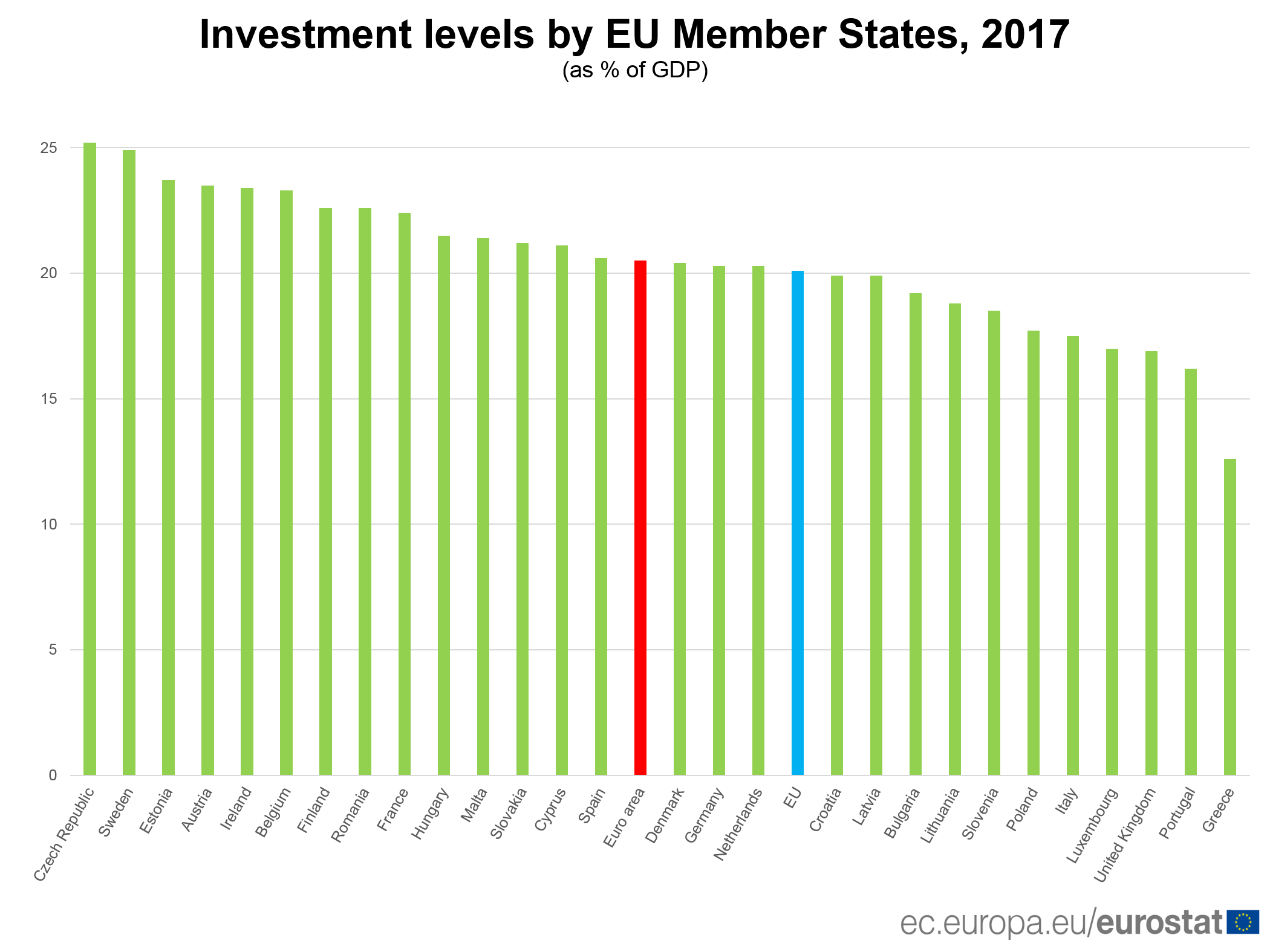 Ratio of #investment to #GDP highest in the Czech Republic and Sweden, lowest in Greece https://t.co/j7S12lCPAi pic.twitter.com/1aQJadIhIz 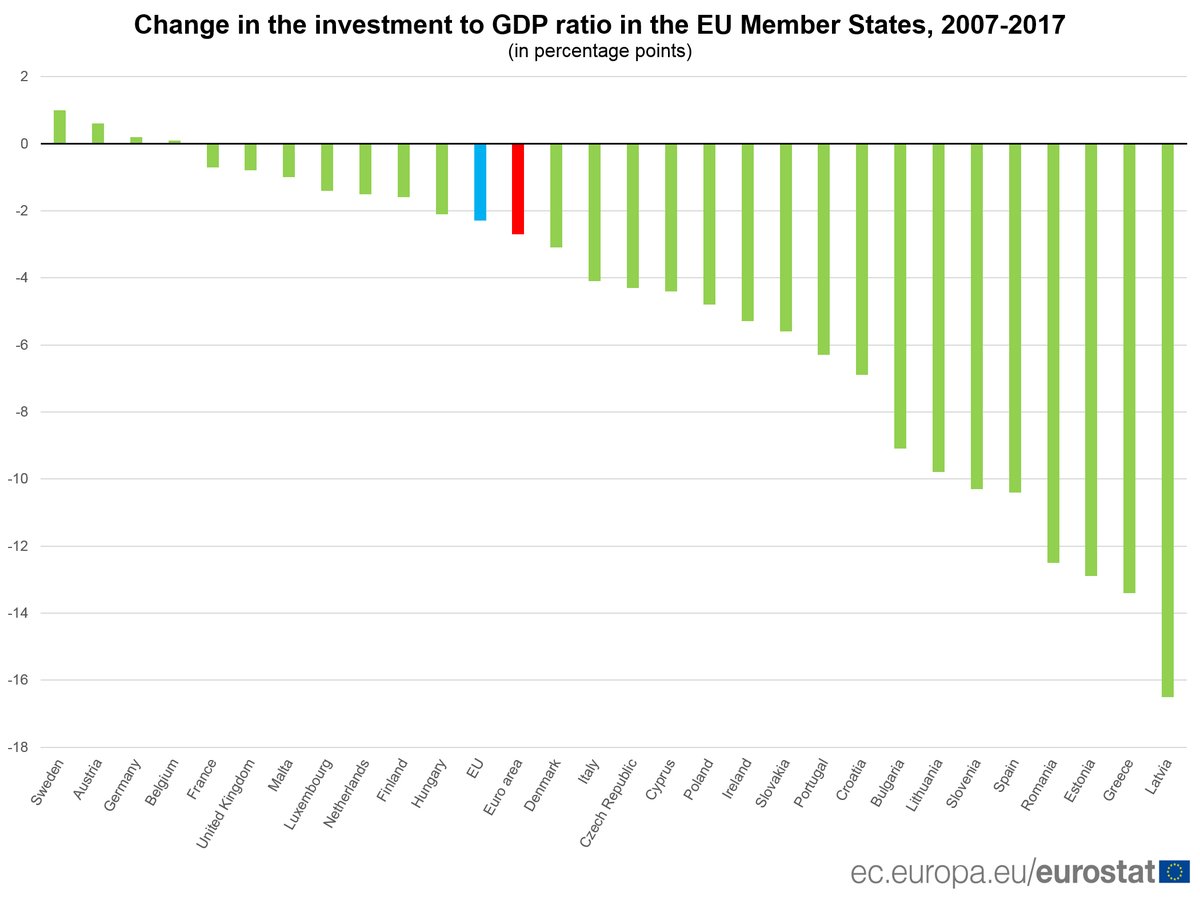 Only Sweden, Austria and Germany have increased their #investment to #GDP ratio since 2007 https://t.co/j7S12lCPAi pic.twitter.com/5QHf8k00Vb

"The top position of Czechia in this comparison can be viewed as a mirror image of the country’s position, again within the EU, as regards unemployment rate. Last year Czech firms came to the conclusion that the outlook of their orders is good and that labor market tightness is likely to persist to the extent that it will be profitable for them to start investing heavily into productive machinery. In more automated plants fewer people will then be needed.

However, Czechia has been near the top of this comparison for many years. Its lowest position was in 2008; at that time it had the 7th place. Among other possible factors, this is likely to be a consequence of the relatively highly industrial character of the Czech economy: industry tends to need more investment than the sector of services.

The confluence of fairly strong investment and the continuing flow of dividends indicates a very good condition of the Czech economy - so far, profitability has been so good that firms have been able to afford both types of outlays. Given the fast growth of wages, however, this profit bonanza is likely to slowly approach its end.

Comparing the share of investment to GDP after the recent crisis and before it, we can see a fall in the share in Czechia as well as most of the rest of Europe. Here Czechia is near the EU average. In some economies this can be due to after-crisis fragility of domestic banking systems or reduced public investment. In the Czech case we are probably observing a natural fall in the tempo of catching up, in terms of the stock of capital, to richer economies. In view of the current situation in the Czech economy including improving tapping of EU cohesion funds I would not be surprised if, in the following several years, the investment to GDP ratio goes up temporarily."