Home > Economic policy > Transport, Infrastructure and Tourism > Roundtable with Z. Horelica from the State Fund for Infrastructure: a prospect for 2020-2021

Roundtable with Z. Horelica from the State Fund for Infrastructure: a prospect for 2020-2021 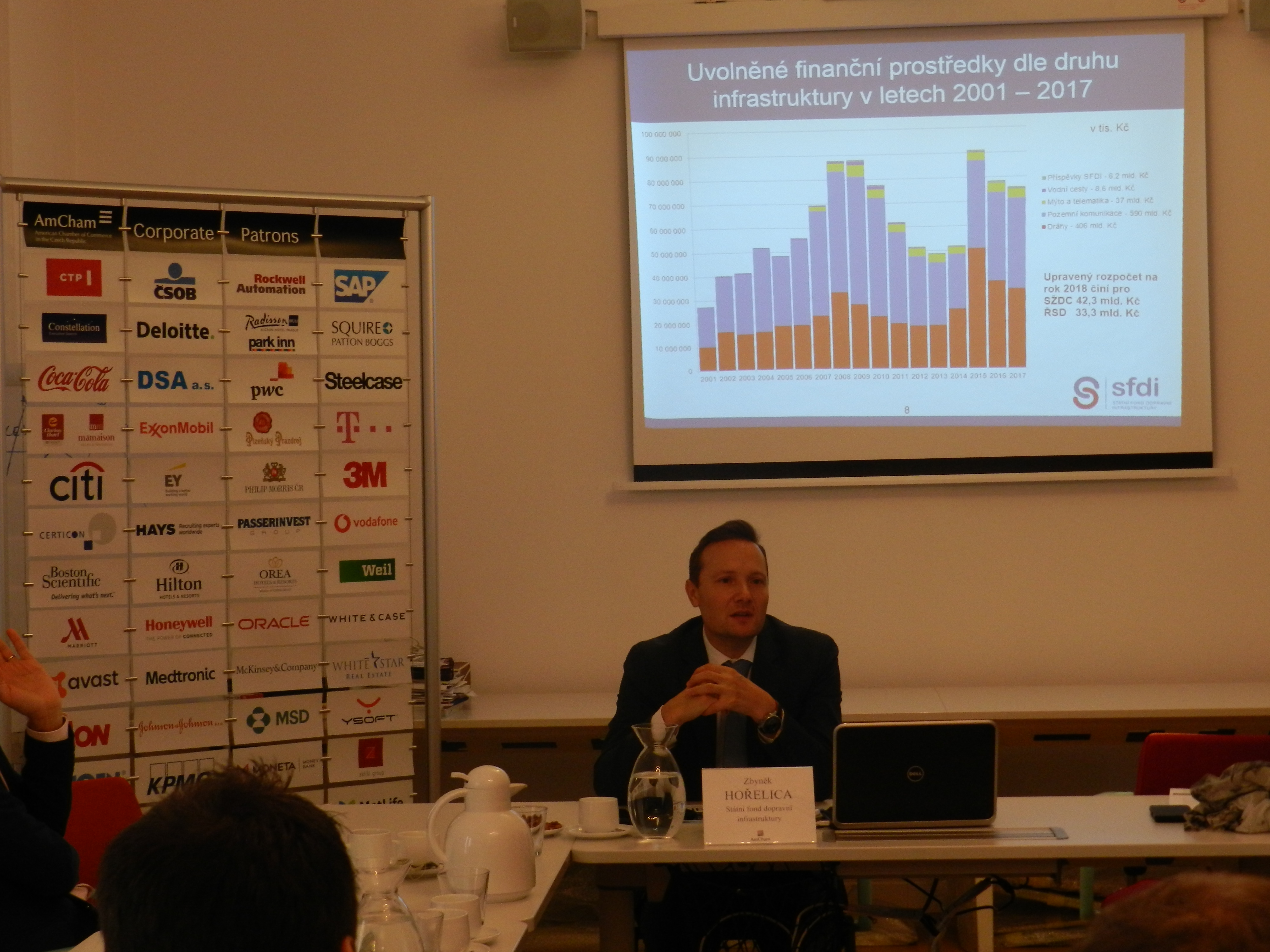 Between 2001 and 2017, total expenditure on transport infrastructure reached more than 1 trillion crowns and was invested through state investors, municipalities and regions. The investment in roads reached 590 billion and railways 406 billion crowns.

The 2018 budget was CZK 87 billion, from which CZK 42.3 billion was invested by Správa železniční dopravní cesty (railway) and CZK 33.3 billion by Ředitelství silnic a dálnic (land transport). Funds that are not used in current year, are to be transferred to the next year. The system is flexible and allows SFDI to pour finance sources between the expenditure budgets. If, for example, road transport fails to deplete resources, there are simple tools to transfer financial resources to the railways.

The 2019 budget of the Fund has been discussed by the Fund's authorities, approved by the government, and submitted to the Chamber of Deputies. The Economic Committee discussed the draft budget last week and it was recommended to the plenary for approval. In November / early December the budget will be submitted together with the state budget and is expected to be approved as proposed. 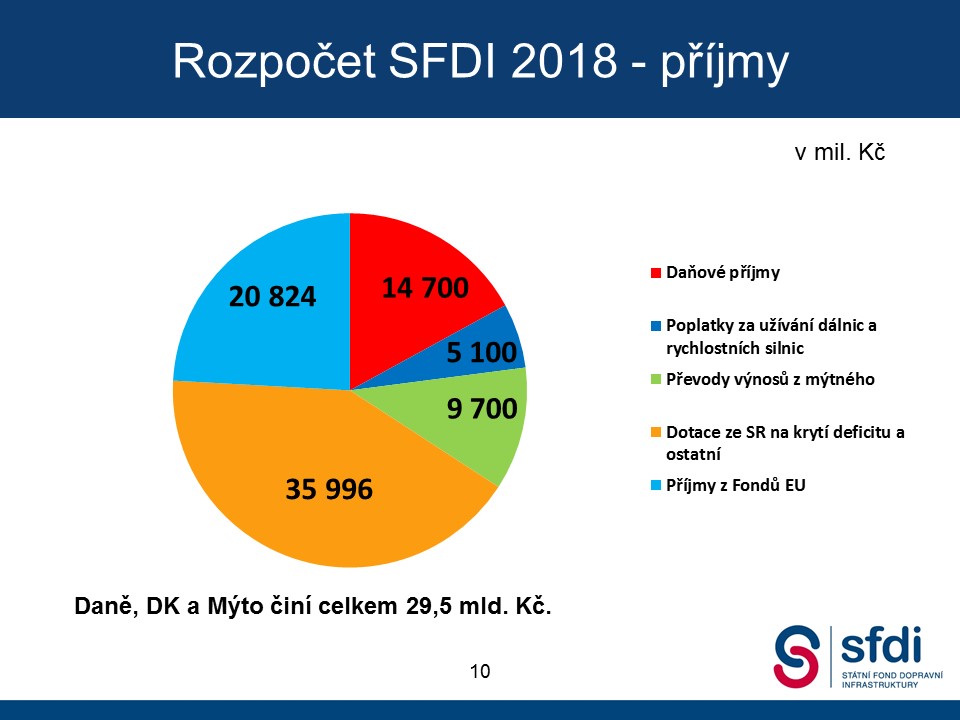 Expenditure for 2019 will reach CZK 86.3 billion. It is not the final number, however, as it is also possible to receive additional financial contribution from the Ministry of Finance. Investments into new projects should reach up to CZK 15.1 billion (by ŘSD and SŽDC). Subsidies from the state budget amount at CZK 35,996 million.

SFDI admits that it would be more convenient if the outlook was made for a longer period than just for 2-3 years. The best option would be to follow the EU's financial perspective system which is outlined for 5-7 years. 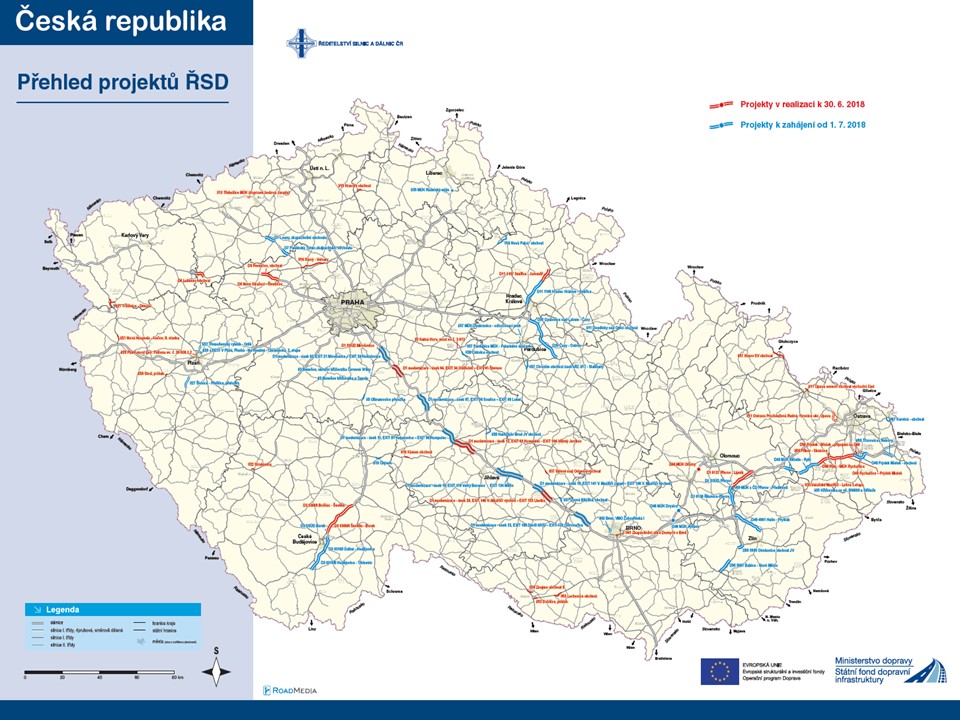 As of PPP, there have been several attempts in the Czech Republic to implement PPP project earlier, but they have not yet been successful, therefore, Mr Horelica hopes that a pilot project of D4 which currently underway will finally work. D4 construction within PPP might start in 2020. “We believe that this will be one of the tools that will enable us to build a high-quality motorway network in the Czech Republic,” the director said. 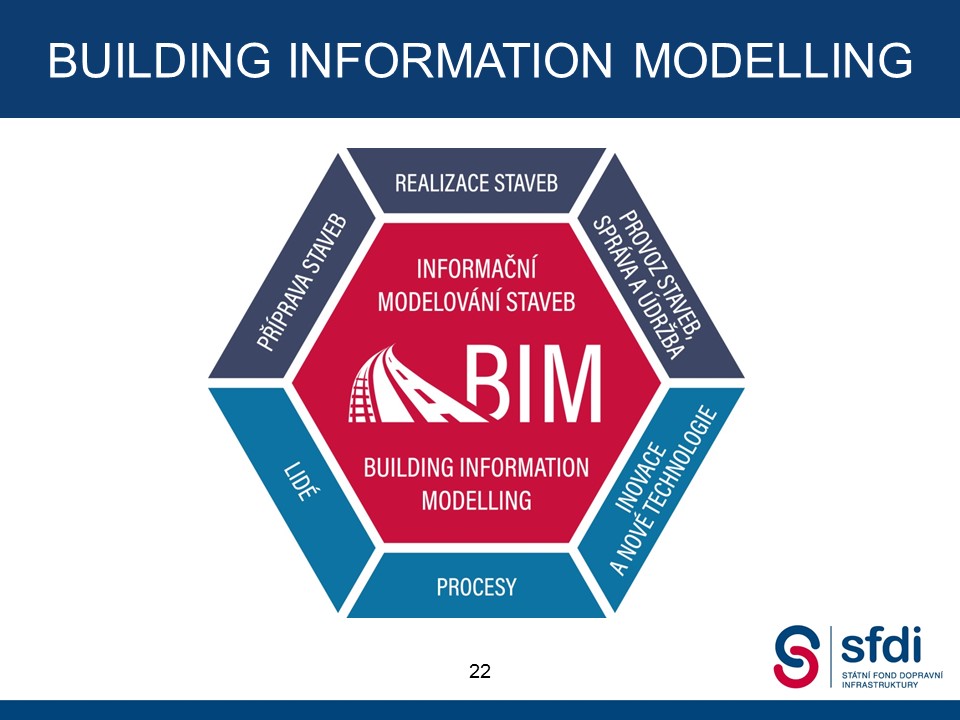 In recent years, the trend has been to compete only on price (not only in transport sector). SDFI would like to change this and will set conditions and criteria to compete based on price and quality, within BIM methodology (e.g. road 1/42 in Brno and in Pilsen-Rokycany tunnel). The authority of BIM implementation is the Ministry of Industry and Trade, that carries out standardization at national level. SFDI then prepares BIM implementation methodology and guidelines.

The current government declares that completing Czech transport infrastructure has been one of its high priorities. Therefore, if the EU financial support dropped significantly and the state budget was not increased adequately, SFDI would consider loans (e.g. EIB loans), bonds, and implement increasing number of PPP projects.

SDFI also plans to invest in Park&Ride at the railway stations. As for Prague and Central Bohemia regions, these are in charge of Prague municipality.